A pink sandstone stable in a state of quite advanced dilapidation – not your average starting point for an exciting new restaurant but Patrick Jouin and Sanjit Manku don’t describe themselves as your average designer / architect. In fact, they describe their trade as being “at the crossroads of industrial production and the long tradition of craftsmanship”.

Originally a stud farm for Louis XV, the stable block was both austere and elaborate at the same time.

What they created from that, is really something quite remarkable.

Having observed that many diners do not like the idea of being sent upstairs in restaurants, they designed the staircase to be “an invitation, an enticement”… 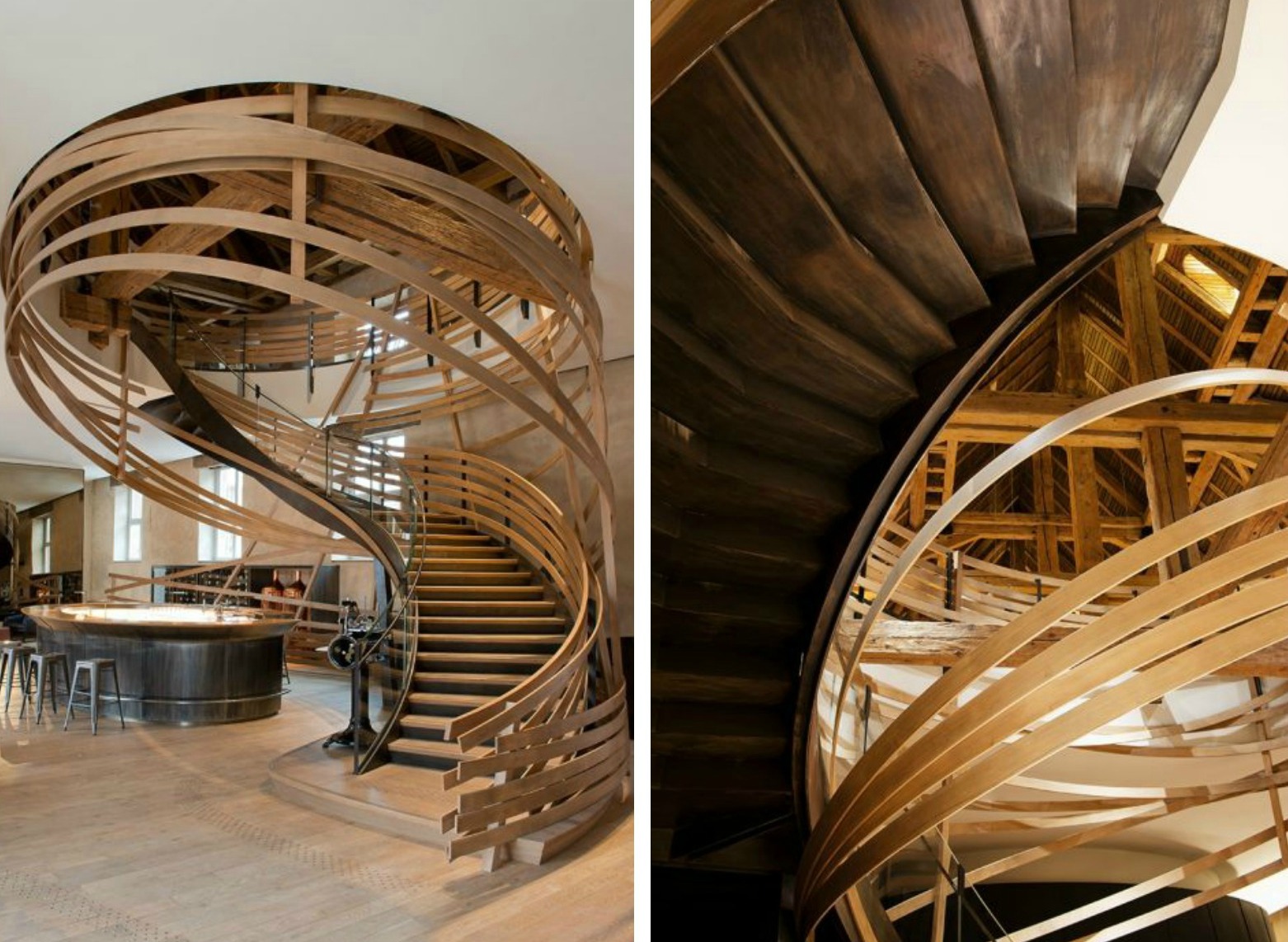 Described as a “visual vortex”, the award winning staircase leads up to the former hayloft where guests dine under massive oak roof beams. 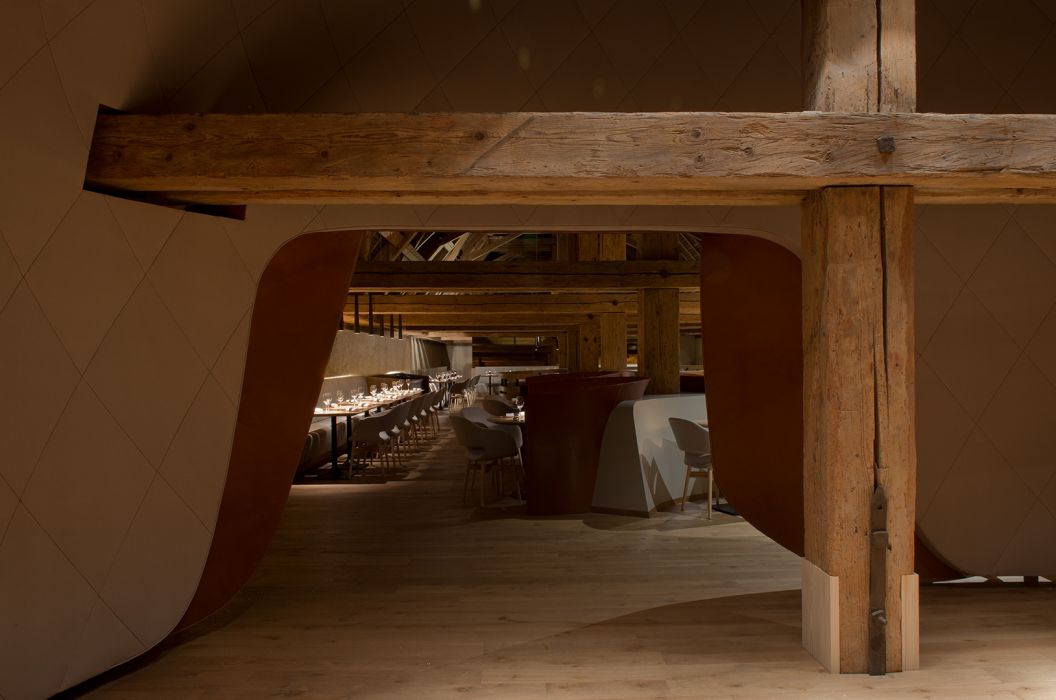 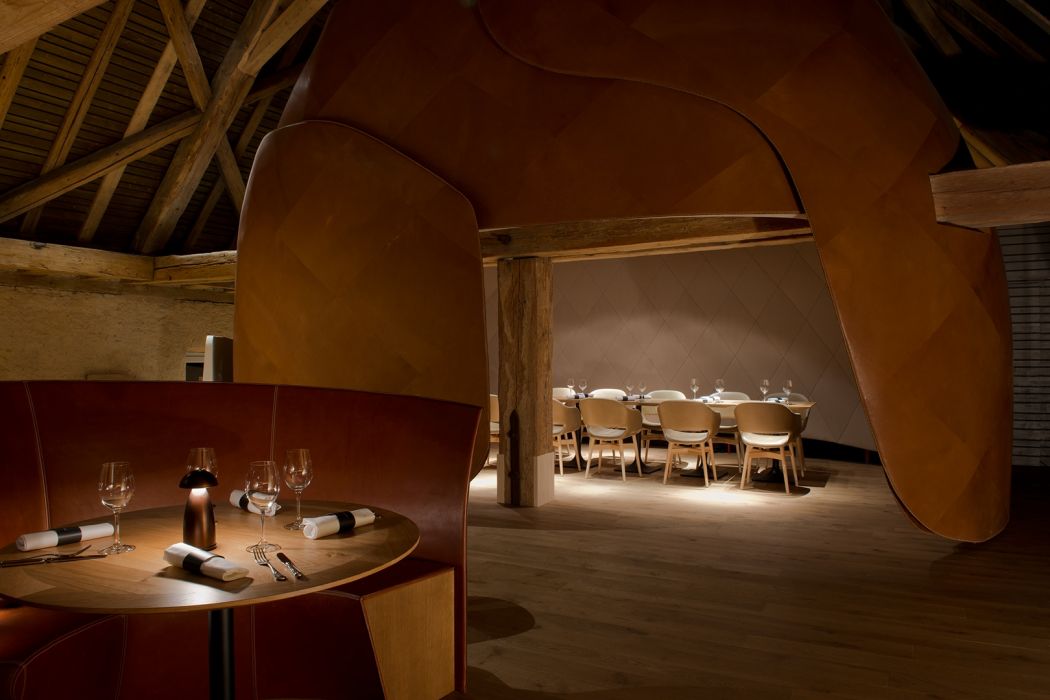 There are some incredible photographs of the renovation project on the Patrick Jouin website – take a look here. 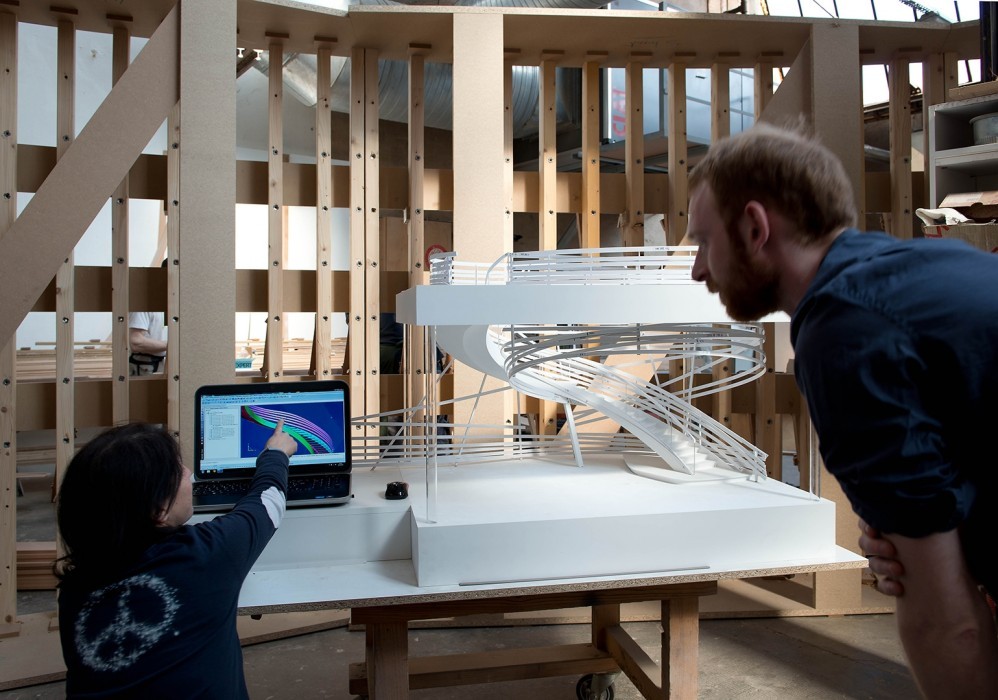 Brasserie les Haras are also on instagram where they post really stunning images from the kitchen. Even if you don’t use instagram on your phone, the newly designed instagram website is really intuitive and the images come to life a lot more than on a smart phone. The dishes are inventive and look delicious – warning, look away now if you haven’t had lunch yet. 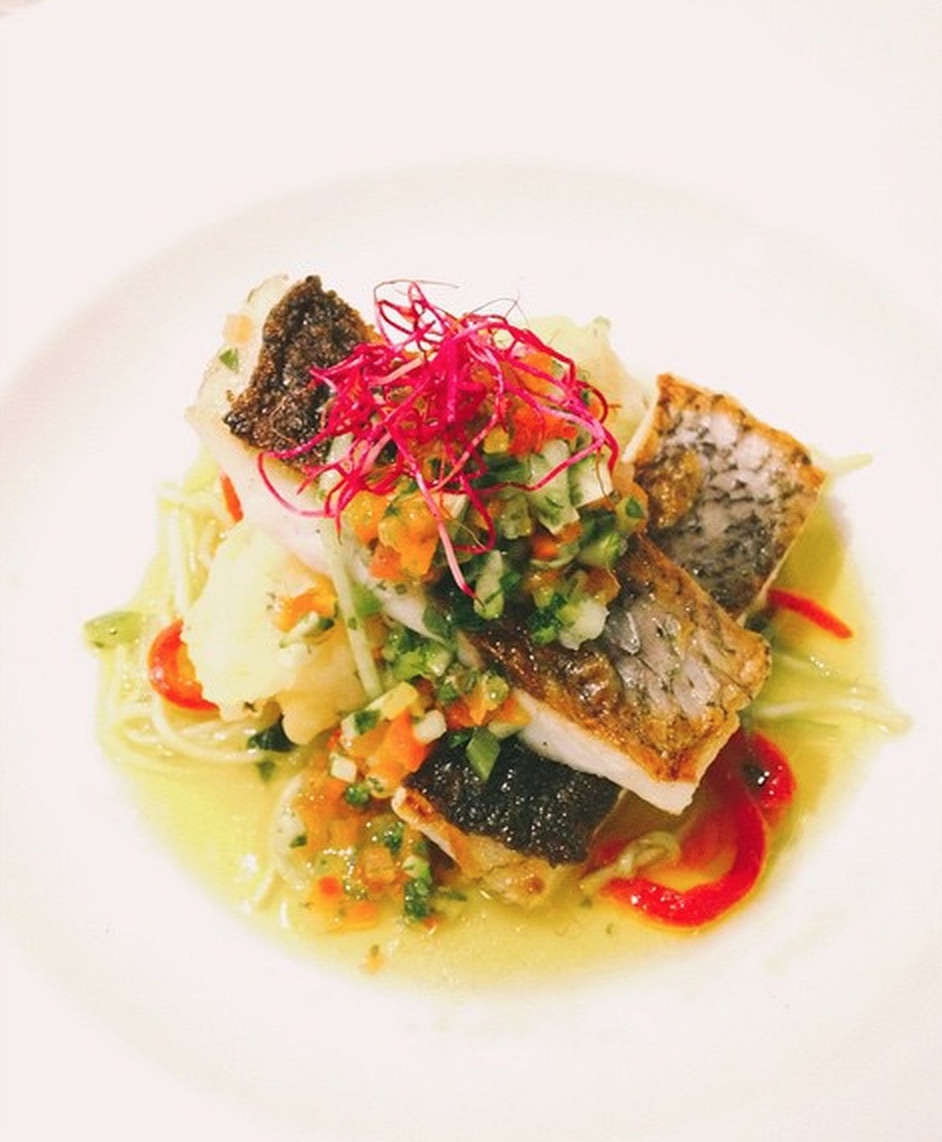 The behind the scenes shots from the kitchen are also fascinating… 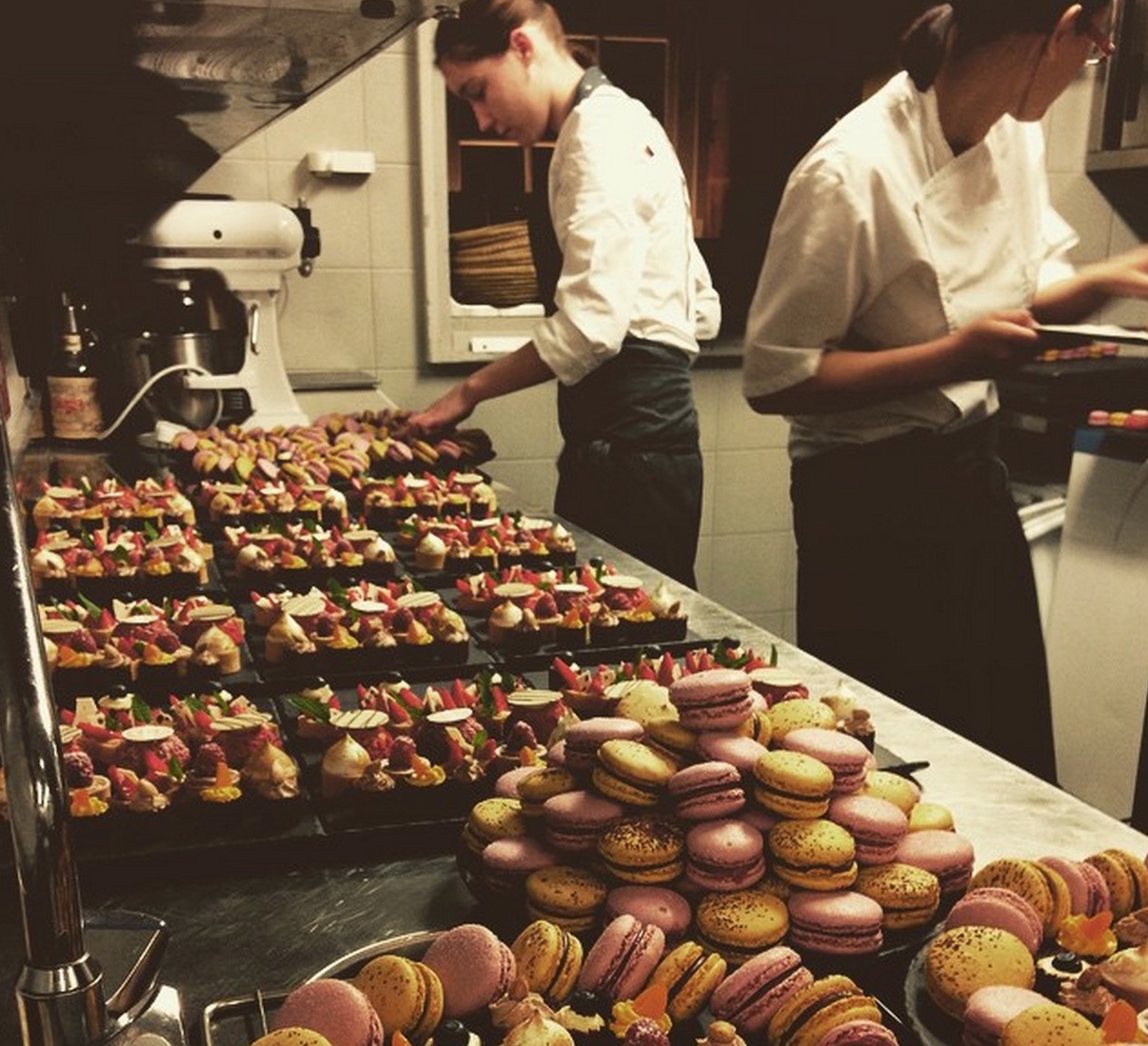 Look at all those maracons!!

Brasserie les Haras is located in Strasbourg, the capital of the Alsace region in north eastern France. Interestingly, the historic city centre of Strasbourg, the Grande Île has been classified as a World Heritage site by UNESCO since 1988, the first time an entire city centre received such an honour.

Visit the Brasserie les Haras website for more information and how to book.