Award winning Harrow & Hope is a beautiful labour of love business run by a small close-knit family team whose belief is that with hard work, good fortune and a little help from flint laden slopes in which their vines reside, that their sparkling wine could rival the world’s greatest.

Awarded UK winery of the year 2019 at the Wine GB awards (among other wine awards that can be viewed here), this family owned, single site vineyard is dedicated to sustainable cultivation that results in wonderful sparkling wine. 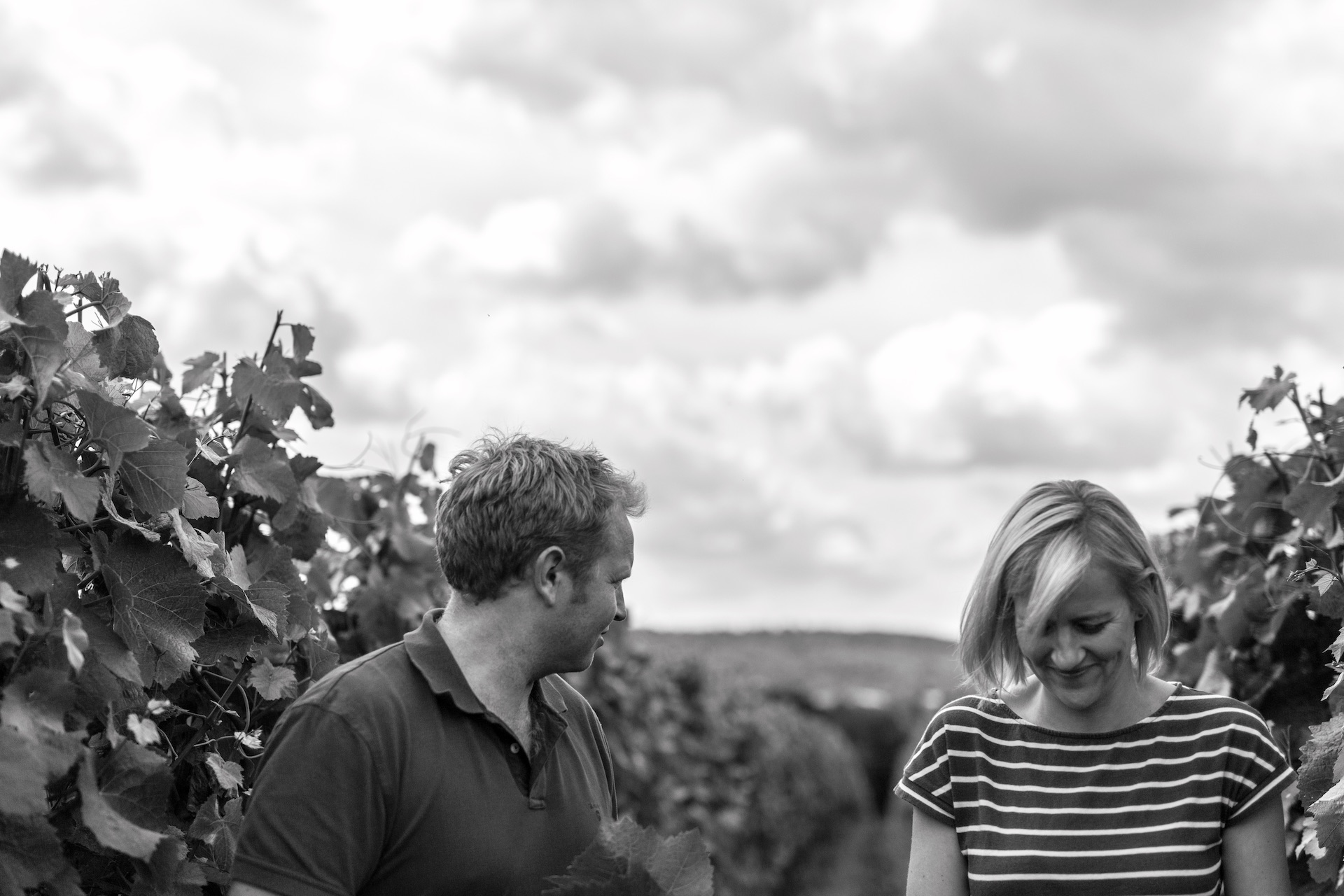 Harrow & Hope’s story began with Henry who’s part of a family obsessed with wine and actually attempted his first wine at the age of 13 – pineapple flavoured if you’re curious! He met his wife Kaye whilst studying at Durham university and following harvests in Australia and France the couple decided to marry in 2008 and set off to rural France to set up their very own vineyard.

This first labour of love was at Chateau Vernoitte in Castillion, Bordeaux but after some time (and still with a great deal of love for the place) the pair decided they wanted to start a family in England. 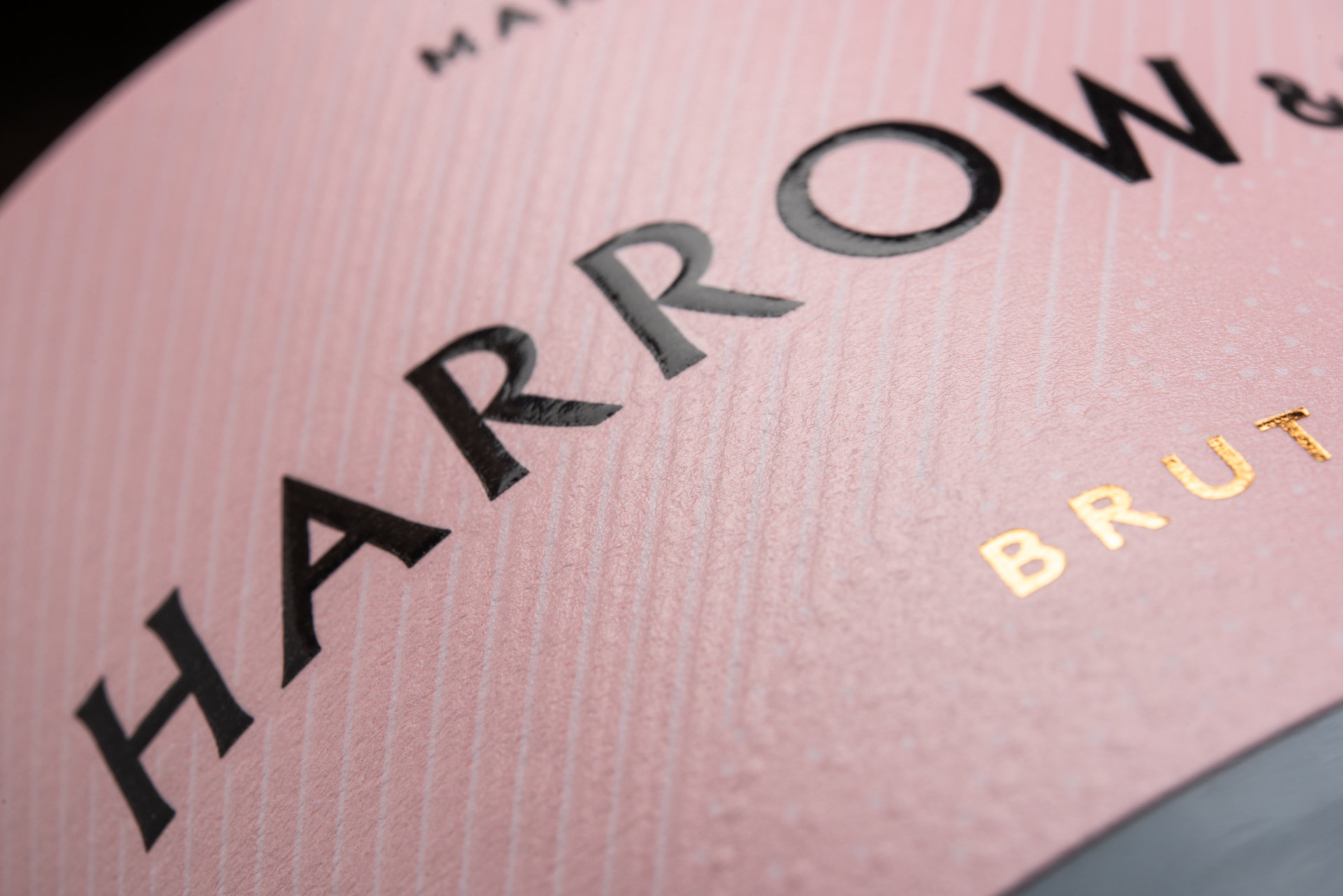 At this time is was clear the chalky British hills were capable of making world-class sparkling wines. Harrow & Hope was then born on the rolling hills behind Marlow. Fast forward 10 years, the couple now have a thriving vineyard, three beautiful children and a vineyard dog called Alfonso who they rescued from the streets of Bergerac in France. 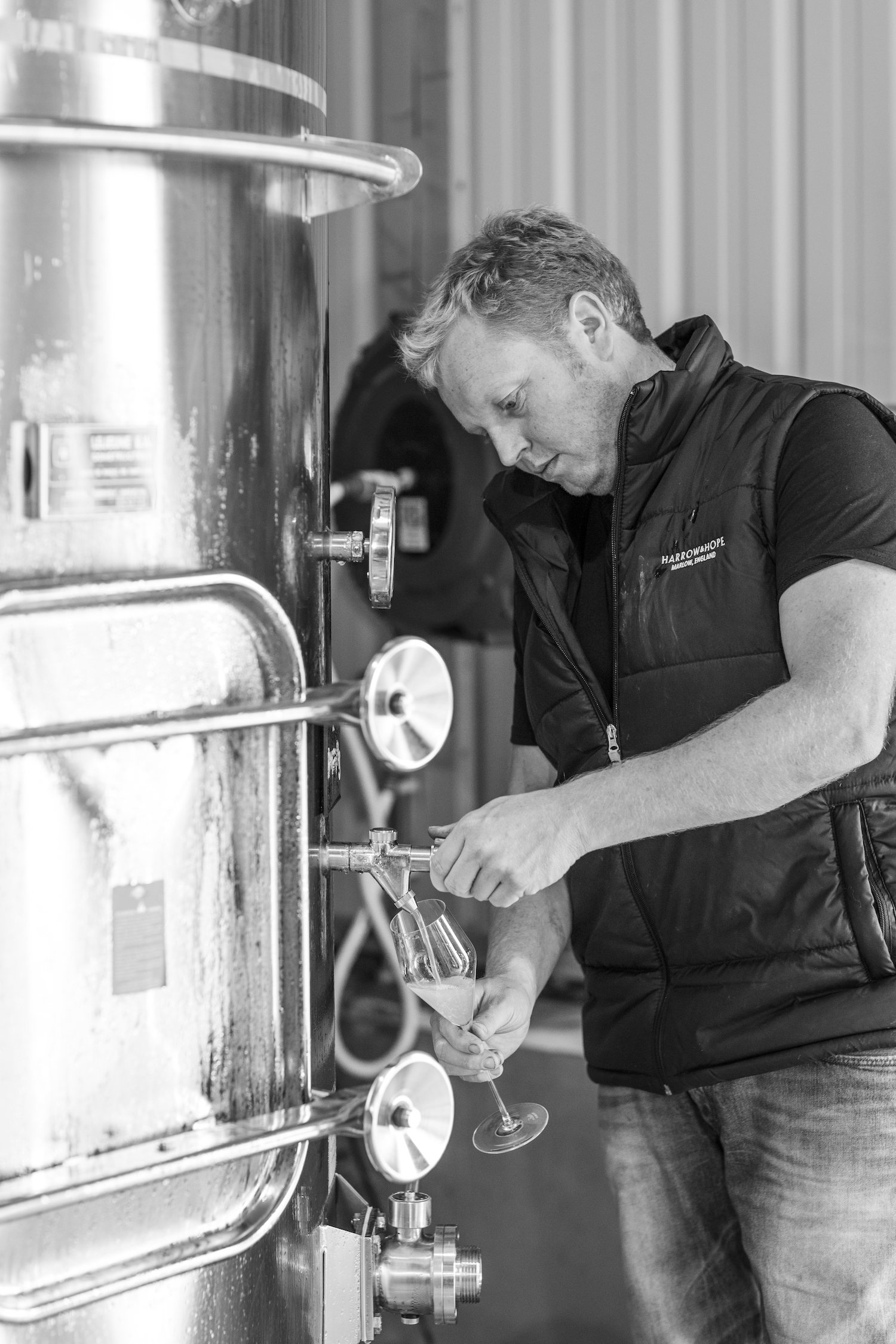 “For 7 years it was just myself, Kaye and Alfonse (now Alfie). We are now a close-knit team of 6 (and 3 dogs). But along the way we’ve had an immense amount of help from family and friends, and a few experts as well. Before he sadly passed away, we had a lot of help from Mike Roberts OBE and his family Tamara and Simon from Ridgeview; the greatest pioneers of the fledgling English sparkling industry and who we all have a lot to thank for. Without their previous groundwork and kind help we would never have been able to start at such a high standard.” – Henry Laithwaite of Harrow & Hope 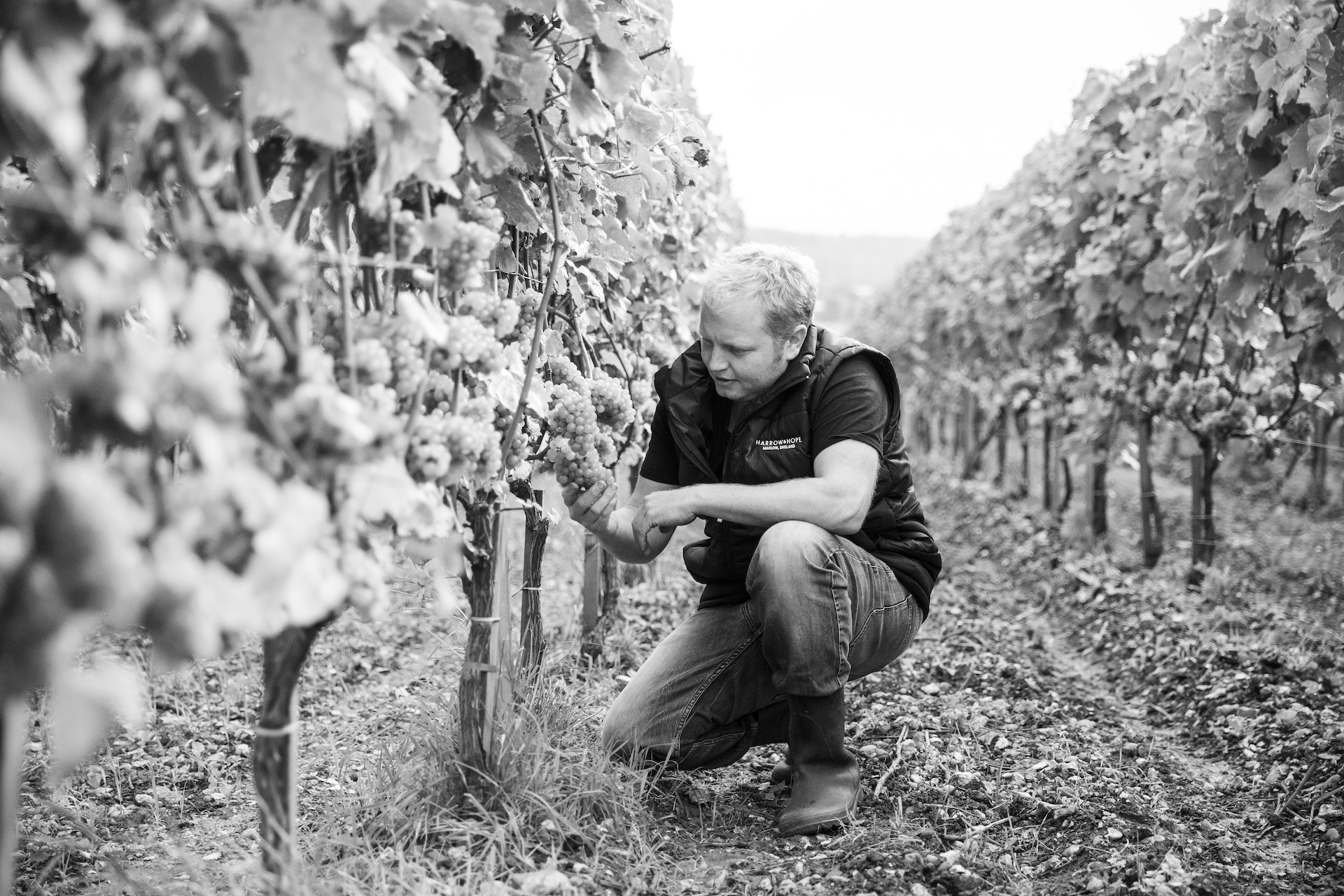 As well as Henry and Kaye’s sheer love and hard-working spirit the soil is what defines Harrow & Hope’s long term character. The soil is the greatest asset which is why the team look after it with organic nutrition and absolutely no herbicides. If they want to extract unique flavours from the vines then that requires them to be healthy, well-structured and in a balanced state to do so. Henry and Kaye are under no illusion this is more work than conventional viticulture, but it will ultimately make a sparkling wine with true unrivalled individuality. Which makes it all worth it. 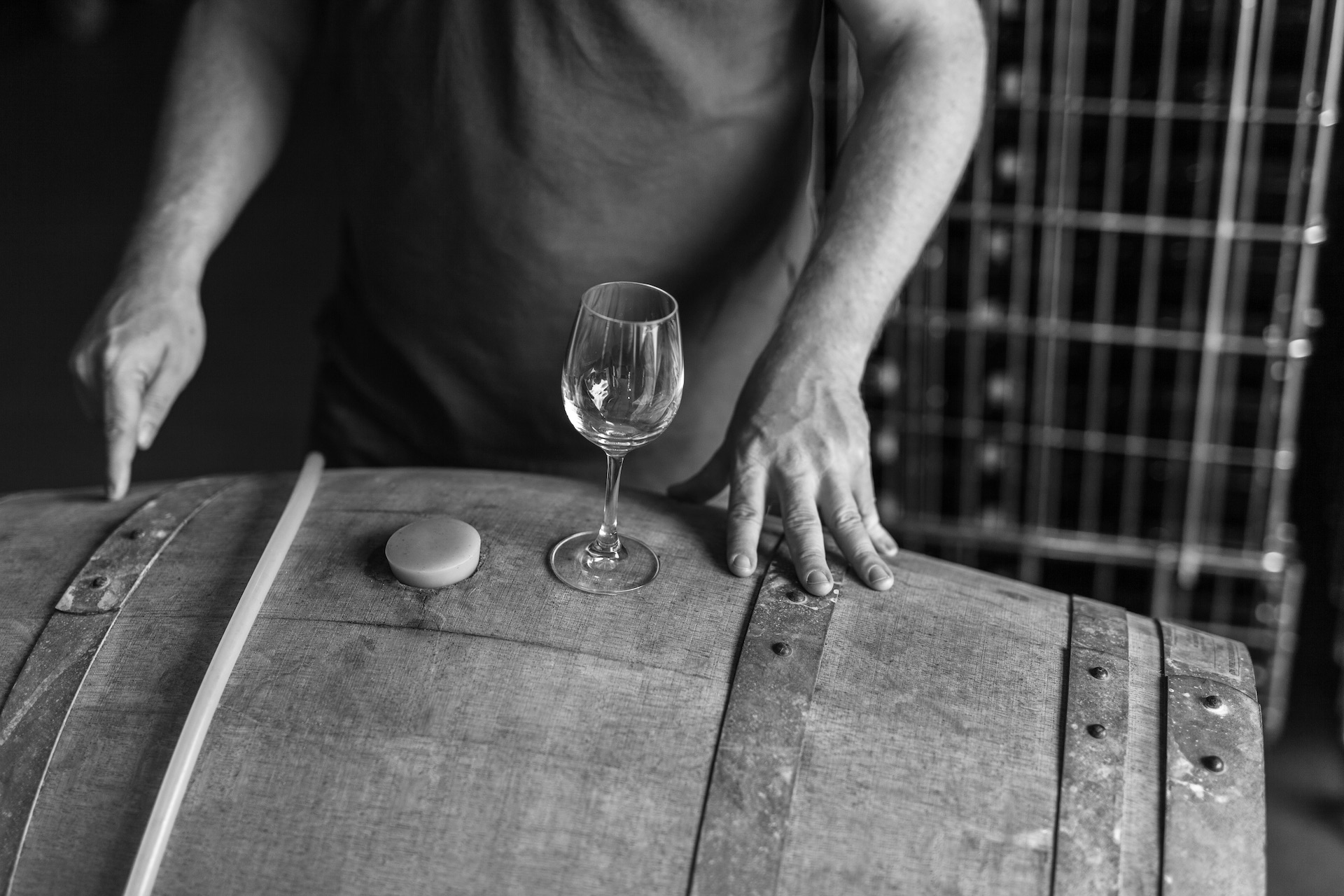 The vineyard itself sits on an ancient Thames gravel terrace. Here water will have flowed around 450,000 years ago, cutting down into the gravel and chalk leaving a terrace with steep slopes. These deposits of flint gravel mixed into thick orange clay lying on top of the chalk. Being quite central and away from the coast Harrow & Hopes vineyards experience high summer day temperatures with cooler nights that preserves precious acidity. 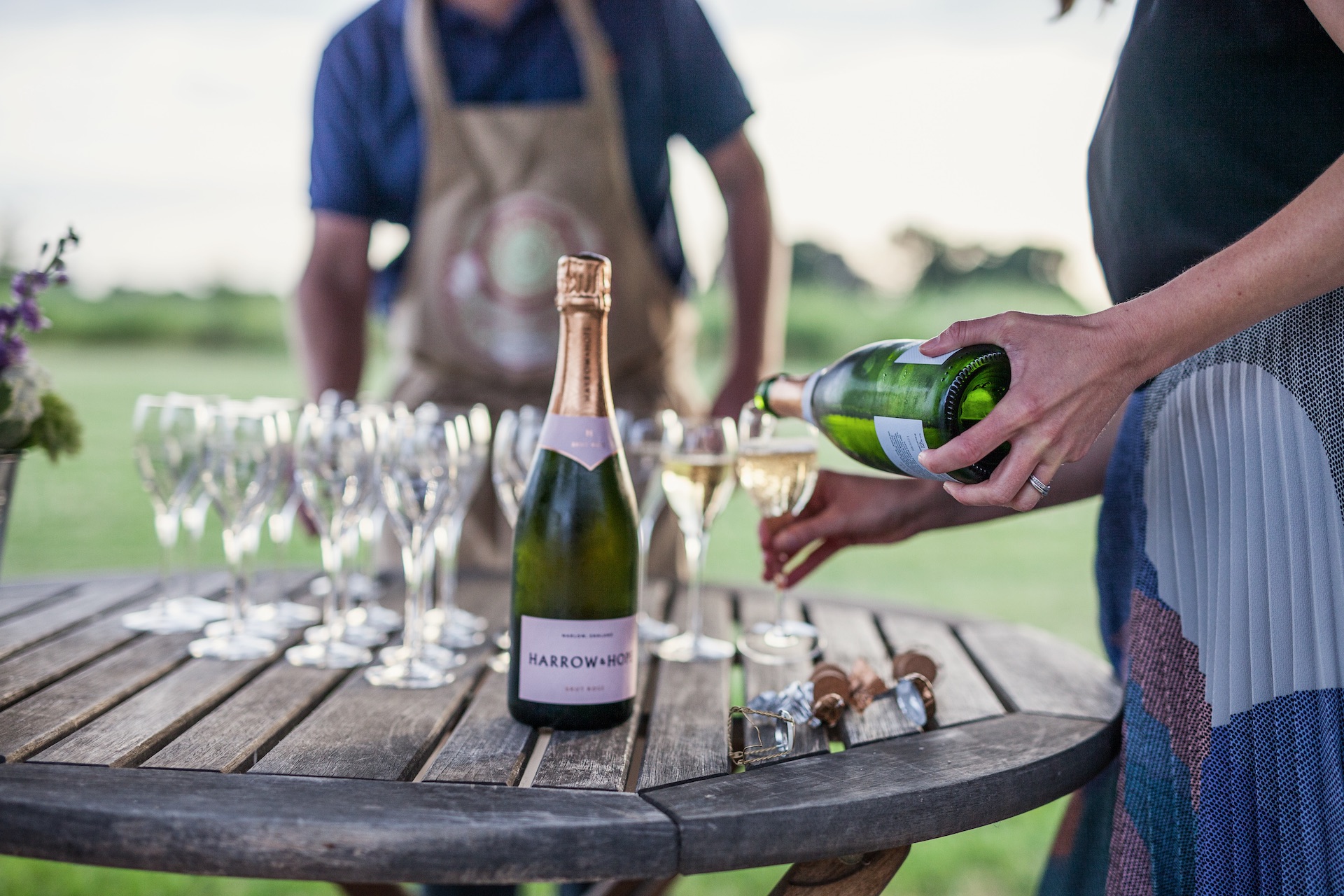 Creating good quality sparkling wine is by no means easy. To get the best out of the grapes you have to spend the majority of the year tending to them, making sure they retain that quality all the way through to the glass. The right equipment also has to be close by too. Harrow & Hope’s vineyard has no frills but at every step of the winemaking process they have ensured that they have invested in the best. 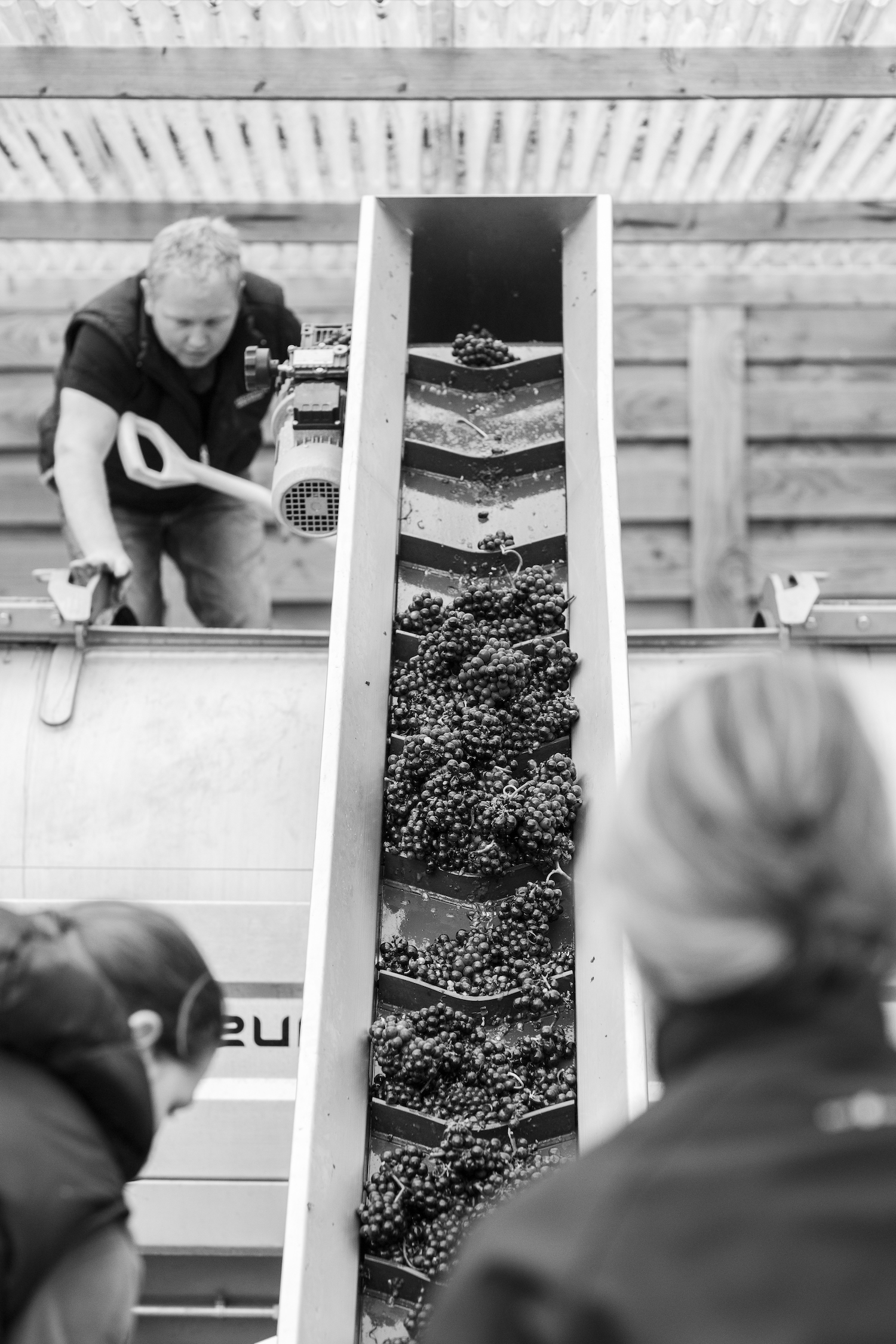 You may not know this but traditional method sparkling wine is more complicated than any other winemaking process, all because of those fine bubbles. Every stage is done in-house at Harrow & Hope with meticulous care and attention. For them, good winemaking is paying attention to all the little details along the process, that when added together give the wine a great quality. View their selection here. 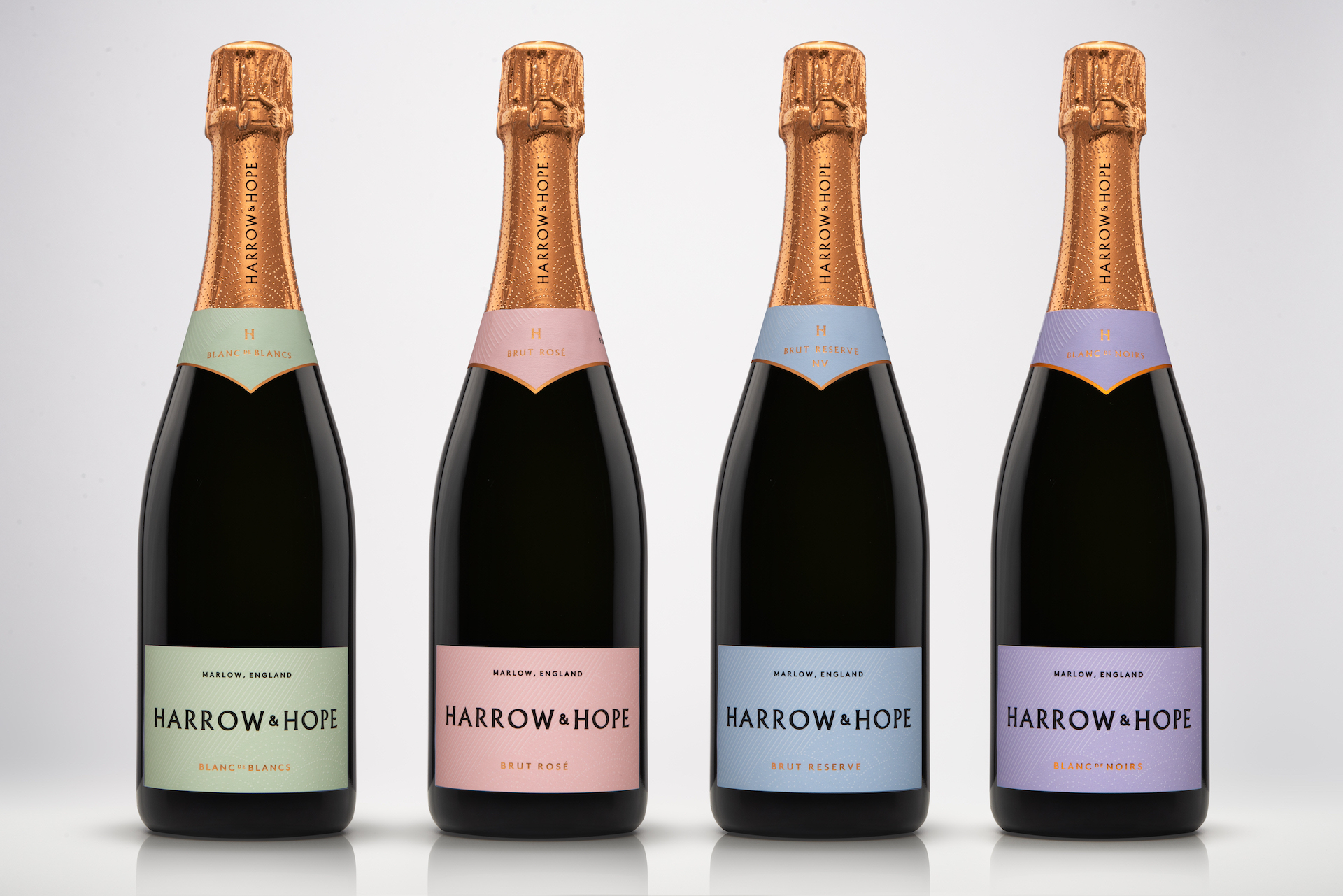 All in all we are simply in love with Harrow & Hope’s ethos and pure determination to create excellent quality sparkling wine. To find out more about the company visit their website here.