The Inside Guide To Seville

Rich in Moorish history and famous for its flamboyant flamenco and beautiful orange tree lined streets, it’s safe to say we love Seville. The historical south-western Spanish city is blessed with glorious sunshine for most of the year and has been voted 2018’s top place to visit. 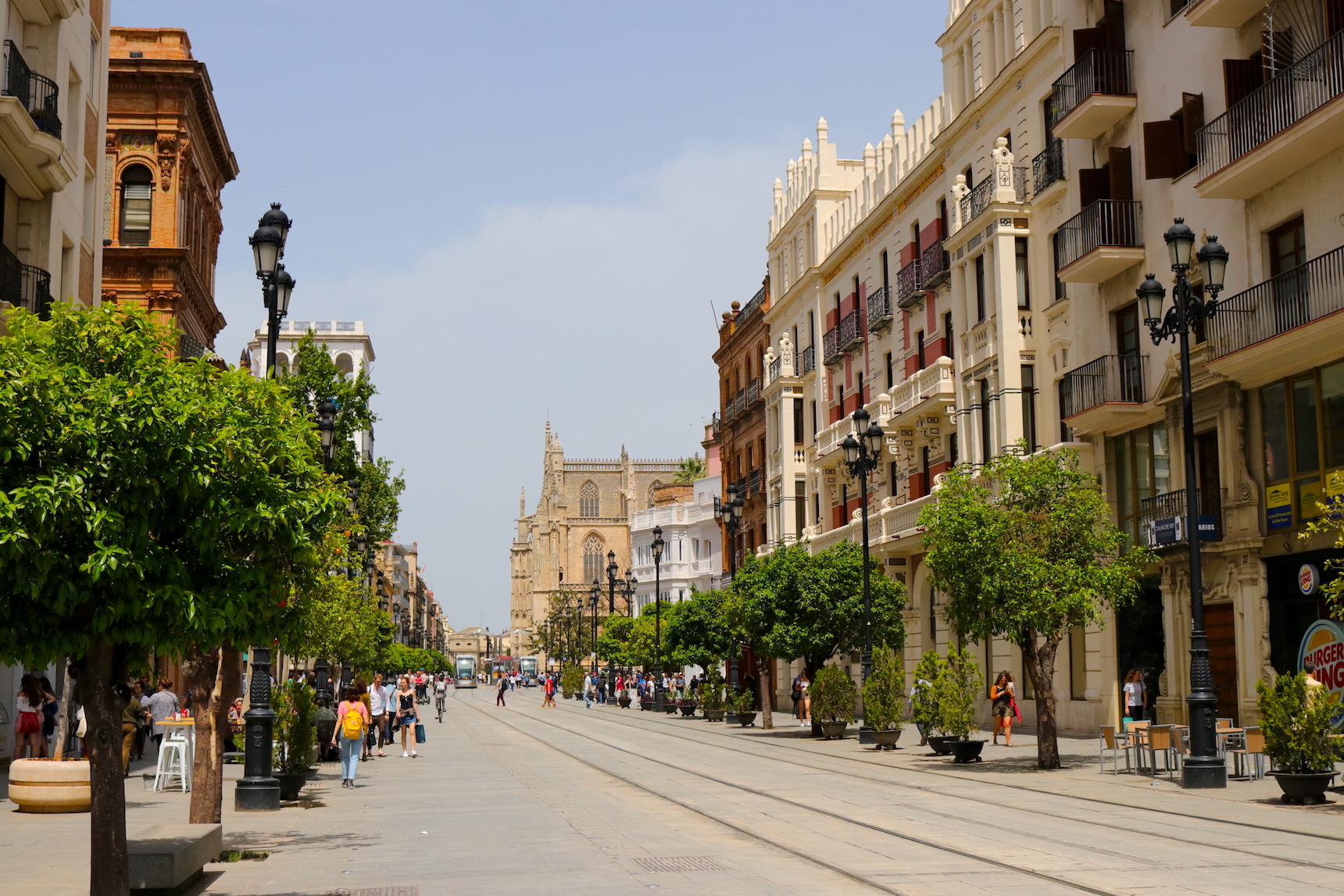 Spring is by far the best time of year to visit, before the heat and crowds of summer become altogether too much to bear and its convenient size makes it a pleasantly achievable weekend away destination for couples and families alike. Like most southern cities in Spain, the old town of Seville is a must see with the Real Alcázar and Cathedral being at the top of our list for things to see and do…

Originally developed as a fort in 913, the magnificent Real Alcázar is the perfect combination of Christian and Mudéjar architecture and has been revamped many times over the 11 centuries of its existence, most spectacularly in the 14th century when King Pedro added the sumptuous Palacio de Don Pedro – the crown jewel of the Alcazar even today.

In 1987 the Alcázar was declared a UNESCO world heritage site, however, if the history and incredible surroundings of the palace and its gardens aren’t enough to tempt you, you may also be interested to know it was featured as a location in the famous Game of Thrones series. One thing to bear in mind is booking your tickets in advance as it is one of the most popular destinations in Seville. To find out more or to book your tickets visit the website here. 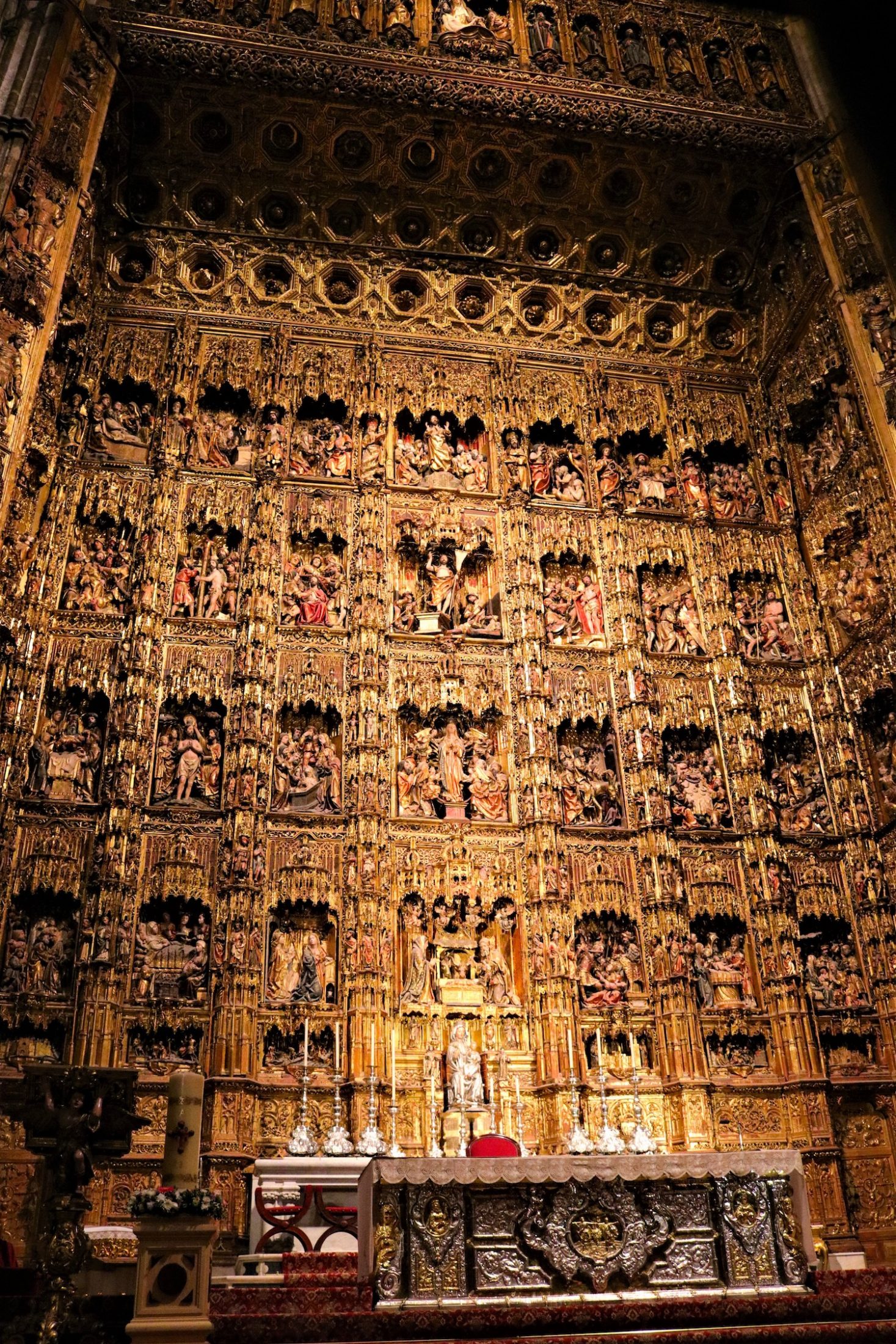 The Cathedral of Seville is as majestic as it is awe inspiring. Nothing quite prepares you for its immense size and beauty. As the world’s largest Gothic cathedral, it was built between 1434-1517 over the remains of what had previously been the city’s main mosque. If you take the time to see inside, one of the first things you will see is the gargantuan pillars that hold up the towering structure and beneath them sits the Capilla Mayor – an astonishing carved gold altarpiece standing from floor to ceiling depicting the life of Christ. 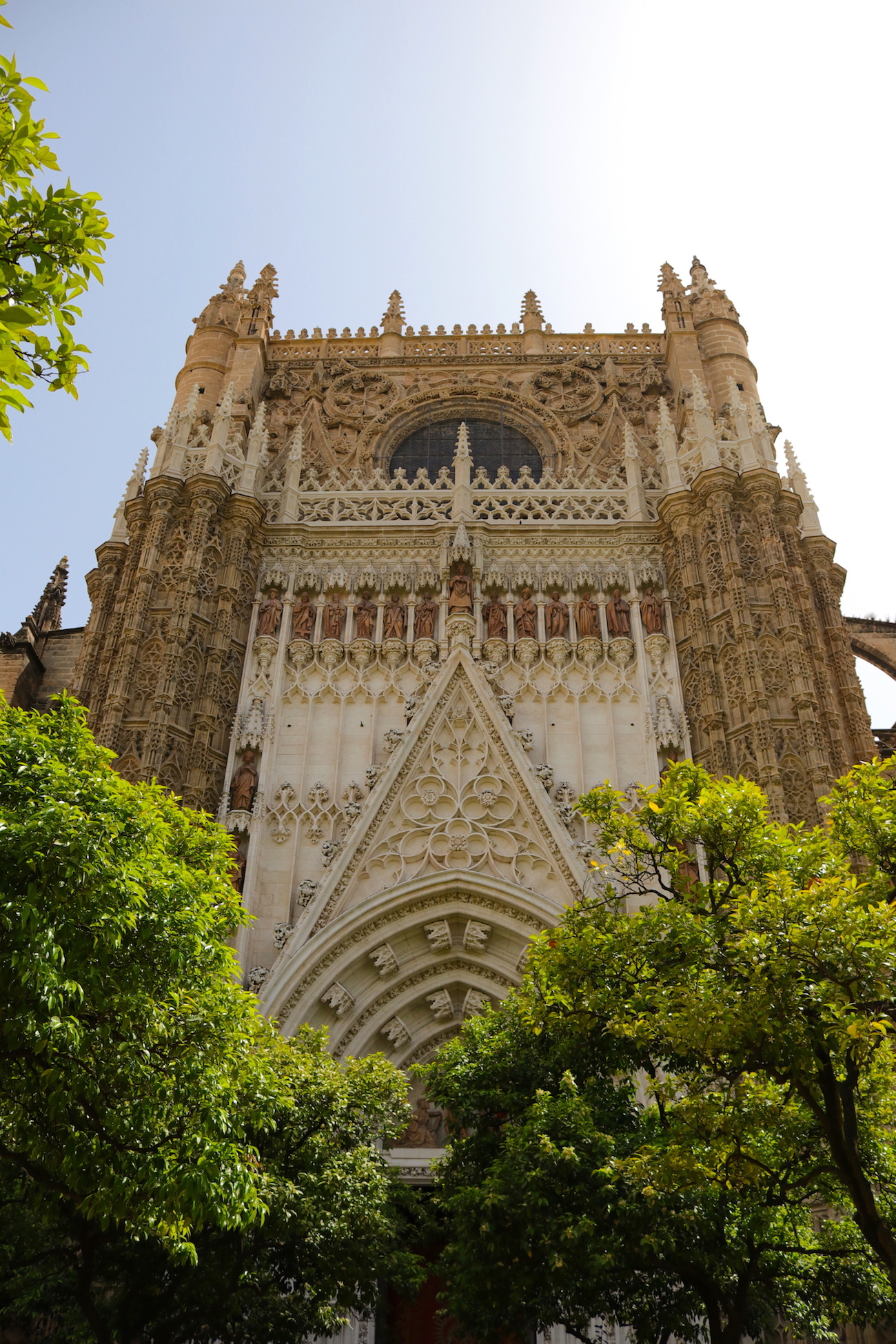 Another impressive feature is the Geralda – or bell tower- which stands 104metres tall with a total of 35 ramps which would once have allowed horses and their riders to climb to the top with ease. But if heights and the spectacular views across the city aren’t what you are looking for, the Cathedral has yet another spectacular addition in its midst.

It is the final resting place of Christopher Columbus. His tomb is held aloft by four allegorical figures representing the four kingdoms of Spain during Columbus’ life, Castille, Aragon, Navara, and Leon. It is truly a must see, to find out more about the cathedral visit the website here. 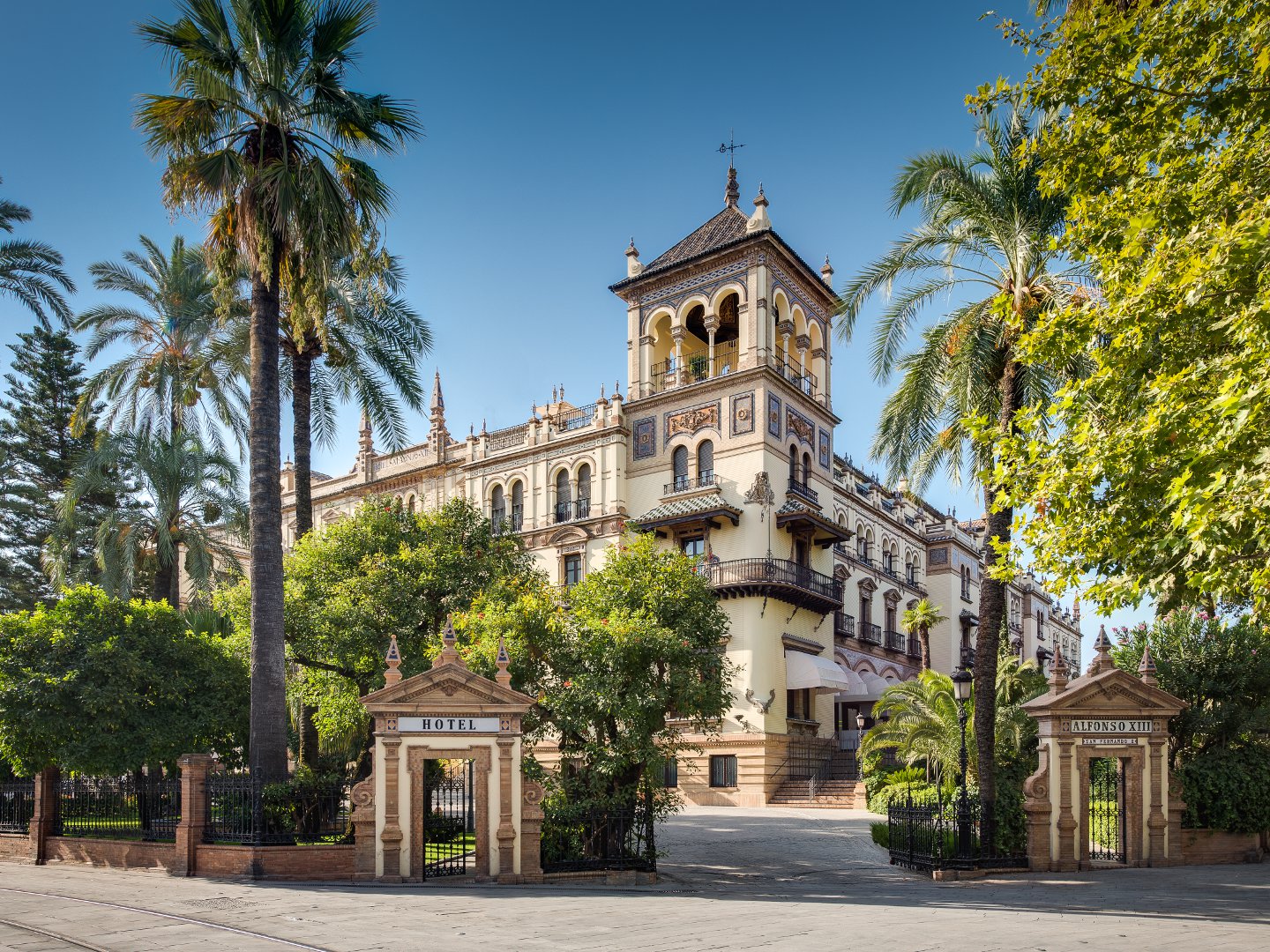 Commissioned by the King of Spain to play host to international dignitaries during the 1929 exhibition, Hotel Alfonso XIII remains an iconic cultural landmark. Centrally located in the historic quarter of Santa Cruz, it sits next to Real Alcázar and Seville Cathedral. Following a significant renovation which was completed in 2012, the hotel’s distinguished architecture and Moorish detailing have been enriched, showcasing the heritage of Andalusian design and culture. 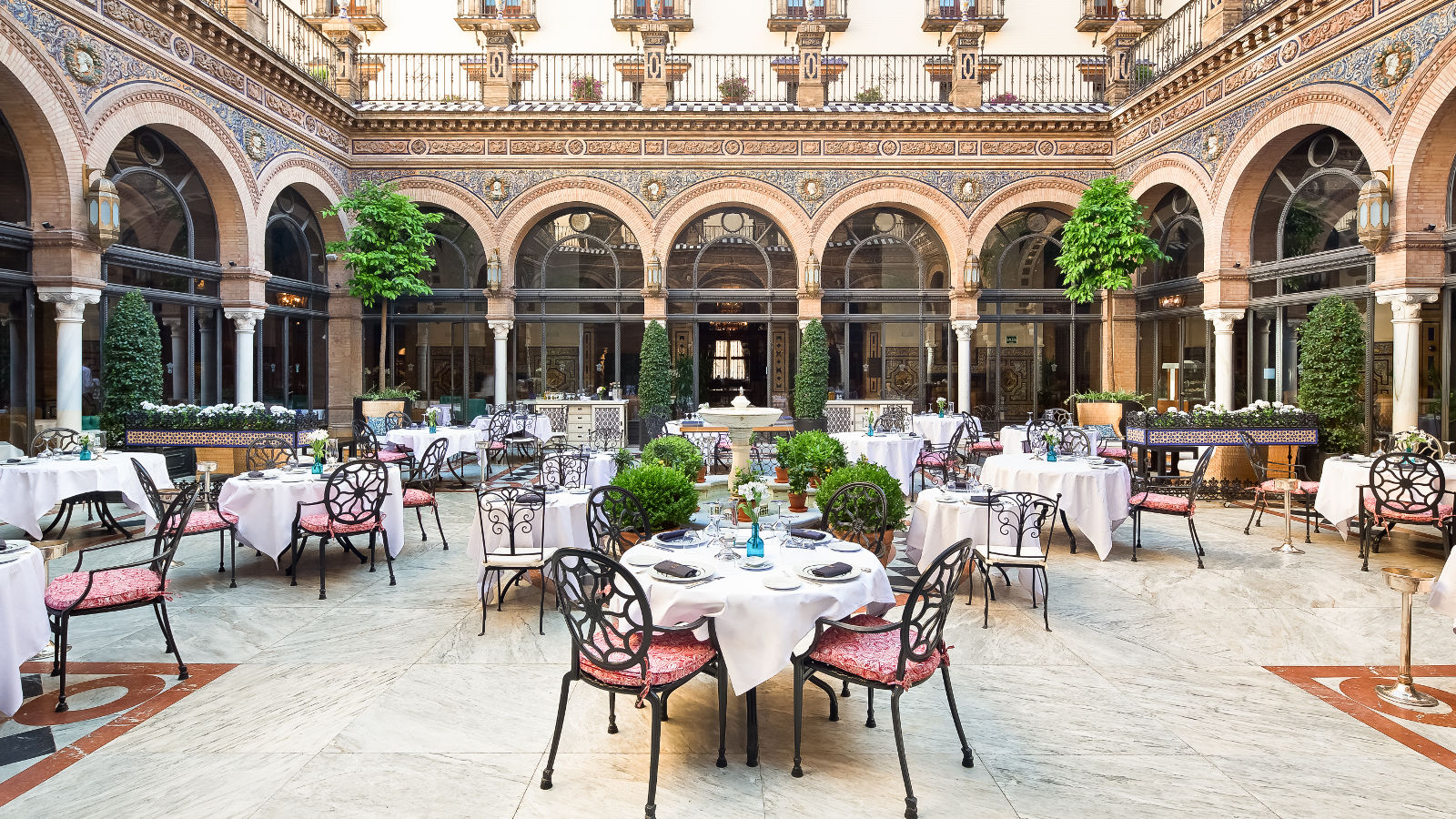 Located within the Hotel Alfonso XIII is the Ena Sevilla restaurant. Named after King Alfonso XIII’s new wife – the grandchild of Queen Victoria – who was a surprising member of the Spanish court and was recognised for her femininity, beauty and modern attitude.

The restaurants modern approachable style works wonderfully with the more formal attitude of the hotel where you can gorge on a choice of Catalonian or Andalucian breads, Salt cod fritters with honey and lemon and wash it all down with a cocktail or two. To find out more about the hotel and restaurant or to make a reservation visit the website here.

If you are looking to see flamenco dancing whilst in Seville then the Plaza De Seville is the perfect place to experience it. Seville’s famous Plaza De España monument was built for the Ibero-American exhibition of 1929, which was held in the Andalusian capital.

Located in María Luisa Park, it was the centrepiece of the exhibition and features 48 pavilions each representing a province in Spain. The magnificent structure was built with a combination of Renaissance and Moorish architecture in mind and the entire structure is surrounded by a moat in which you can hire boats to admire the building from below. Throughout the day and well into the evenings you will hear the music across the plaza and when you reach the crowds will not be disappointed by the dancers and live music. 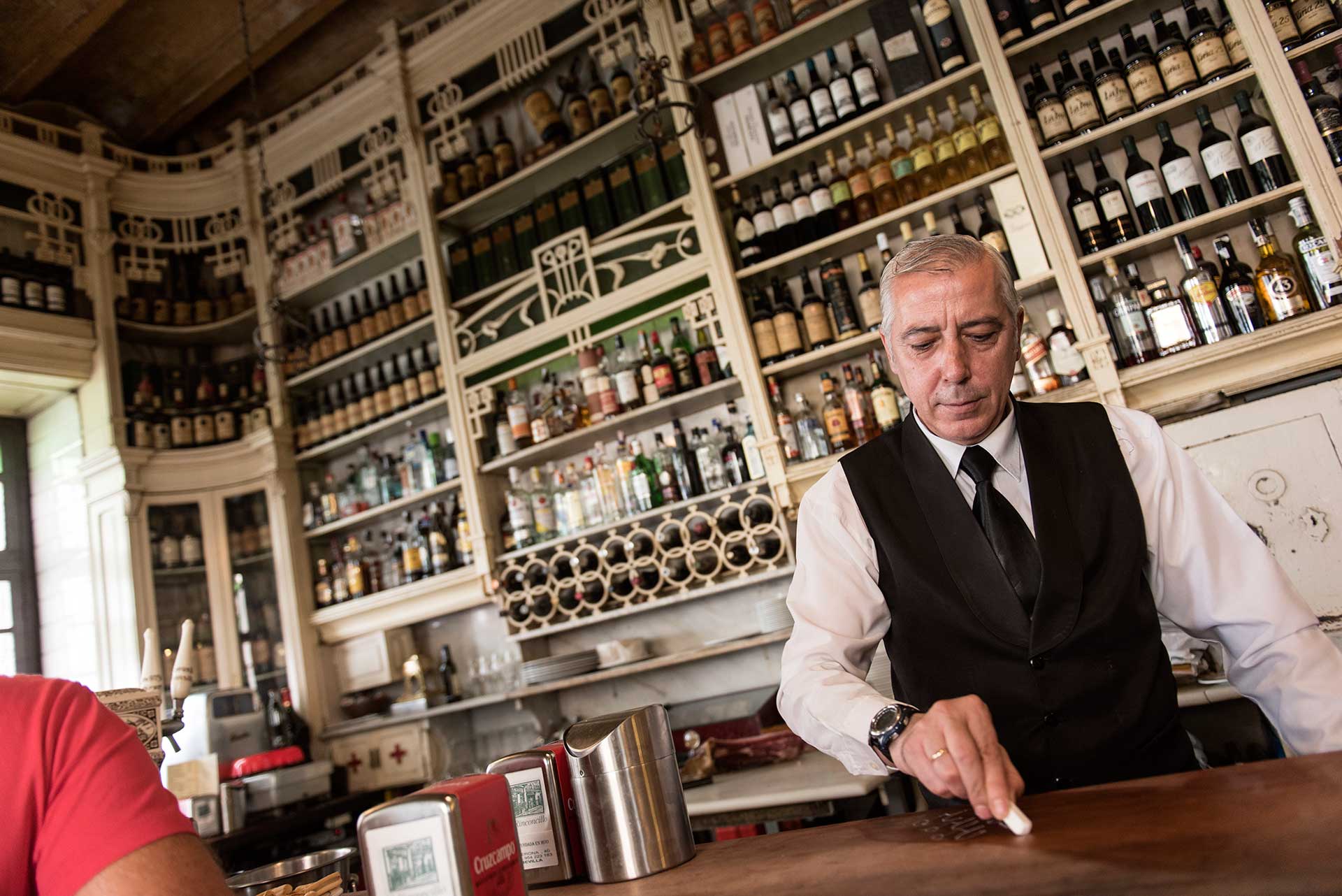 Opening in 1670 El Rinconcillo is the oldest Tapas bar in Seville and has been used in movies and adverts alike over the years. Passed down through generations of family the bar has remained as untouched and unaltered as possible to keep most of its original charm with much of the decor of Moorish influence. 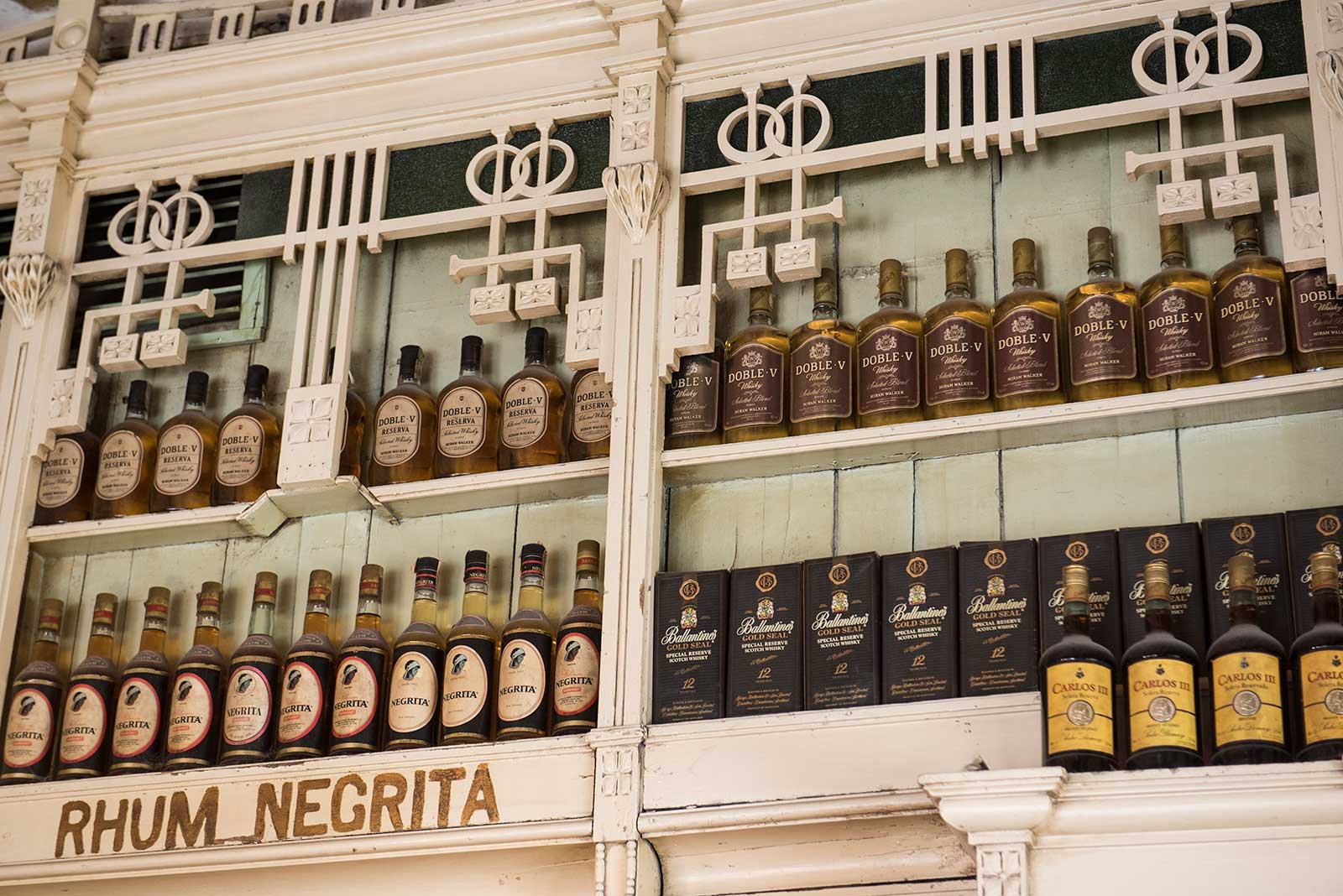 As you walk in you cannot miss the wall behind the bar which is completely filled from floor to ceiling with shelves of drinks, with some at the very top being no longer produced. You will also see – and smell – traditional Iberico ham which hangs from the ceiling. El Rinconcillo is the perfect spot for a quick drink and tapas in the downstairs bar or for a more leisurely meal upstairs in the restaurant. This traditional tapas bar is the perfect depiction of Seville, charming and full of life. To find out more visit their restaurant here.