Since its launch on 2nd February 2016, the restaurant created by Chef Patron Gregory Marchand and his wife Marie Marchand has received critical acclaim. Frenchie Covent Garden located on Henrietta Street is the duo’s first site outside of Paris and the fifth addition to the Frenchie family; which comprises the Michelin-starred Frenchie, Frenchie Wine Bar, Frenchie to Go and the brand-new Wine Shop, all located on Rue du Nil in Paris. 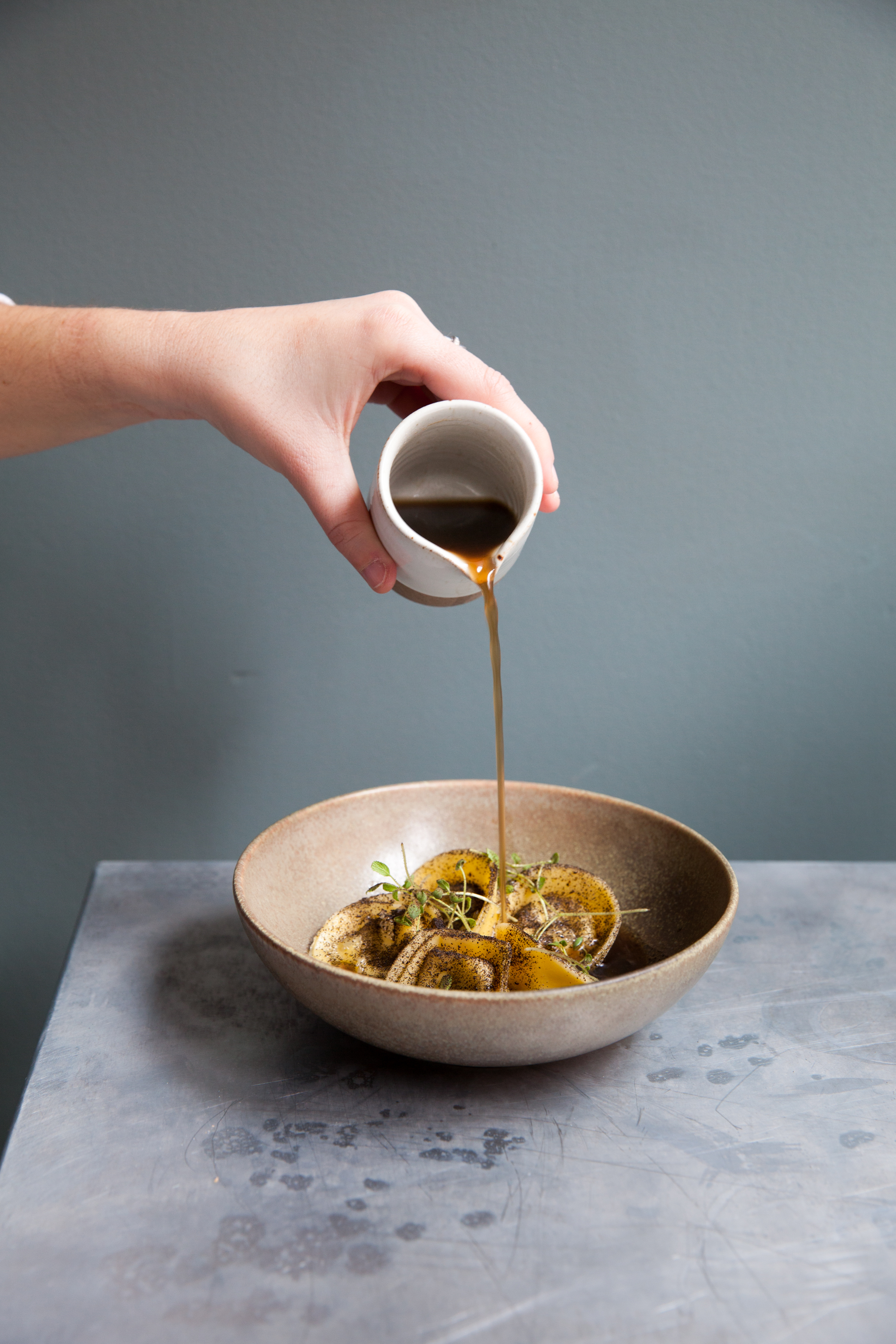 Prior to launching Frenchie Covent Garden, Gregory spent many years cooking in London for the likes of the Mandarin Oriental, the Savoy Grill, the Electric House and also Fifteen where Jamie Oliver’s nickname for Gregory, ‘Frenchie’ really stuck. Following his time in London, the city is now considered a second home and this was a key reason for opening another Frenchie location in the city. 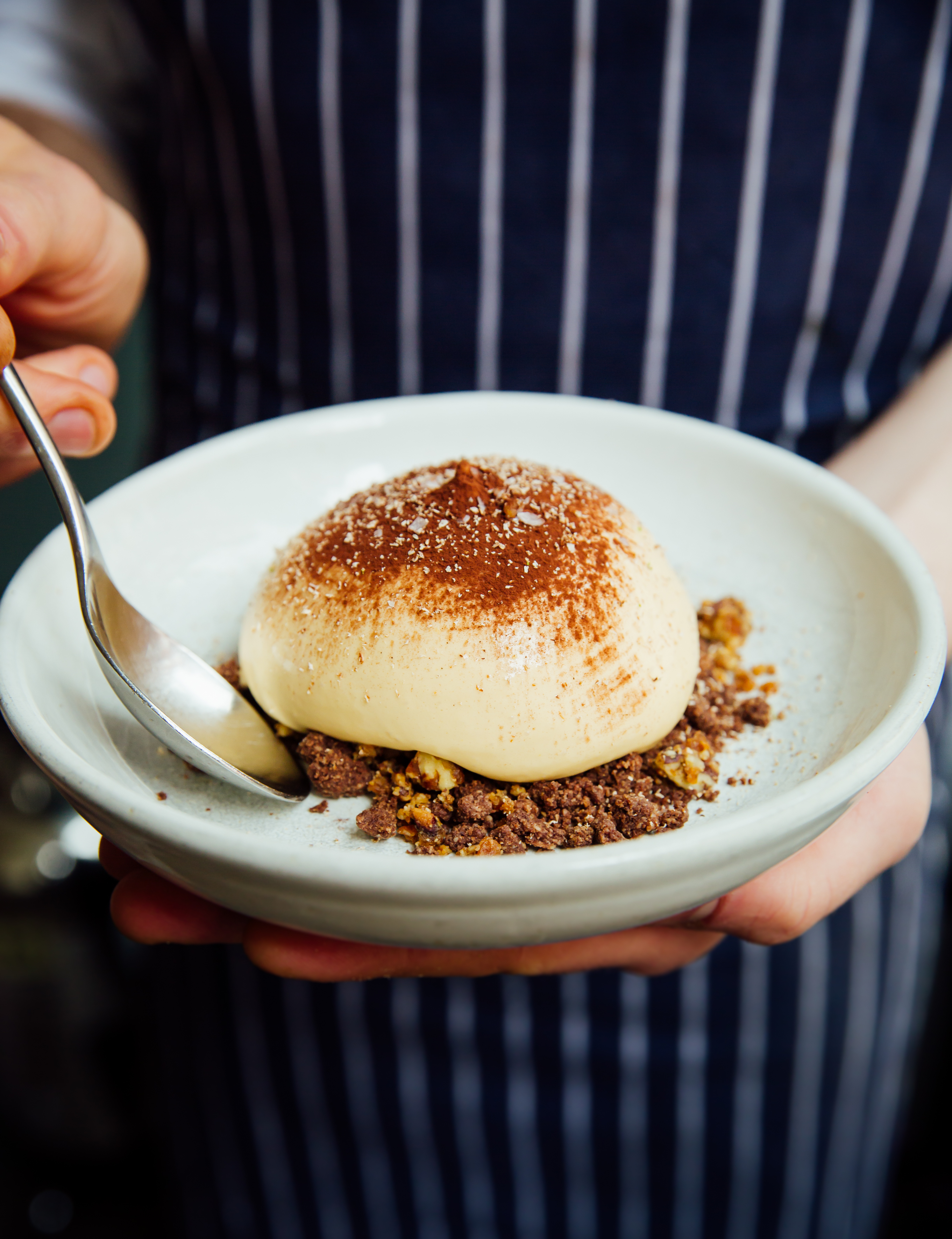 The menu at Frenchie Covent Garden echoes its Parisian counterpart, once again, referencing Greg’s experiences in kitchens across the world from New York to the beach bars in Spain, through to Jamie Oliver’s Fifteen in London, all underpinned by his classical French training and growing up in Nantes, north west France. Sourcing ingredients from both sides of the Channel; local British providers and from France – you can really taste the vibrant and fresh flavours.

Frenchie Covent Garden menu favourites include the infamous bacon scones, the lamb ragu pappardelle with black olives, lemon, espelette and parmesan as well as his banoffee, nutmeg and caramelised pecan dessert which really puts a spin on the traditional interpretation. Frenchie Covent Garden offers wines from around the world which reflects and represents Gregory’s international cuisine. 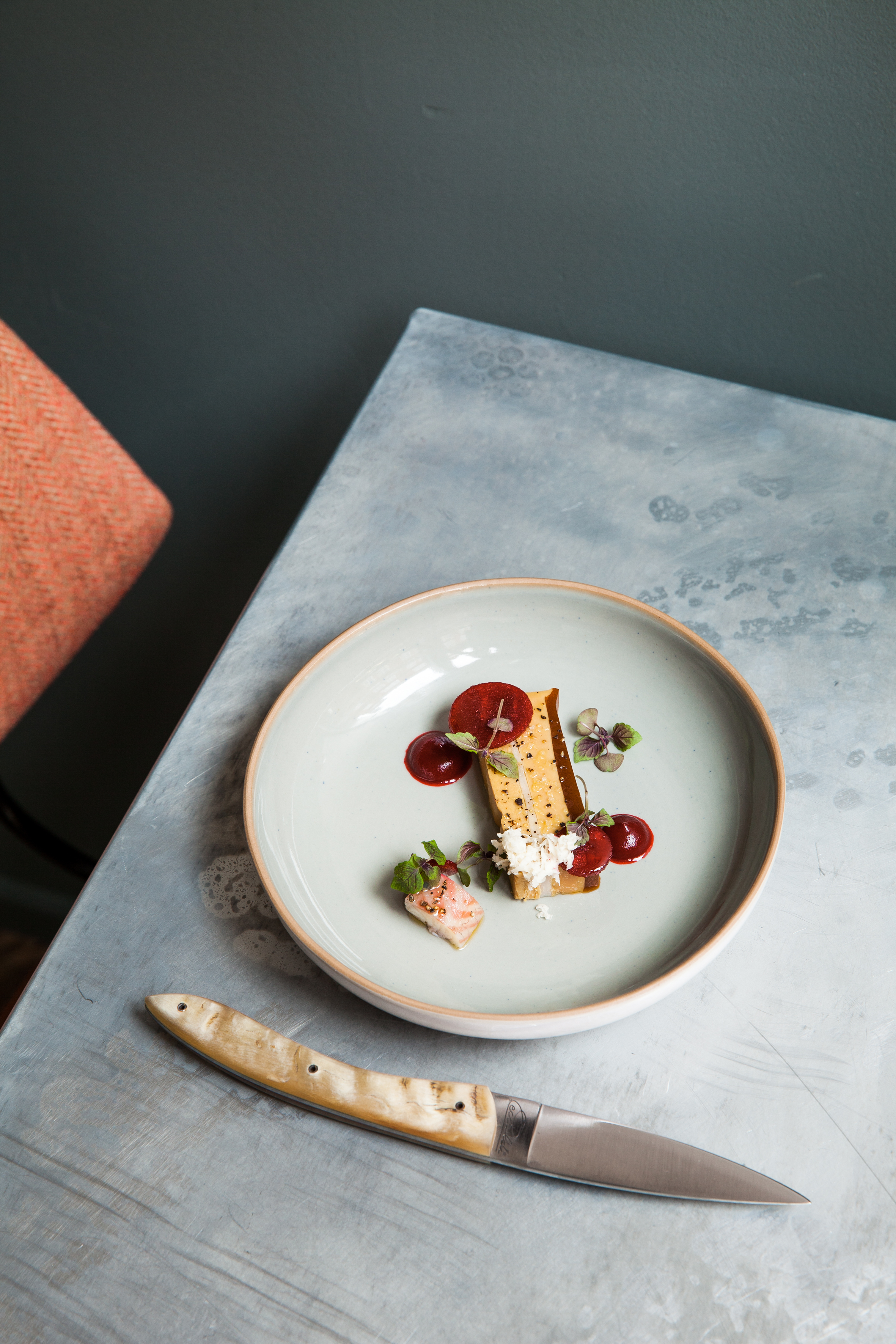 Frenchie Covent Garden was designed by good friend of Gregory’s, Emilie Bonaventure. Achieving a contemporary yet still timeless feel which blends aspects from the Parisian sites with the unique feel of London.

The ground floor is bathed in natural light, where whitewashed walls and exposed brickwork are warmed with metallic brass, copper and zinc accents. Making the most of an original feature, a 19th century marble fireplace forms a natural and striking focal point on the staircase connecting both floors. A large open kitchen on the lower floor allows for guests to soak up the atmosphere and drama of the kitchen. This floor can be configured for larger group dining or individual tables, with several seats at the open kitchen designed to recreate the immediacy and intimacy of Frenchie Paris. 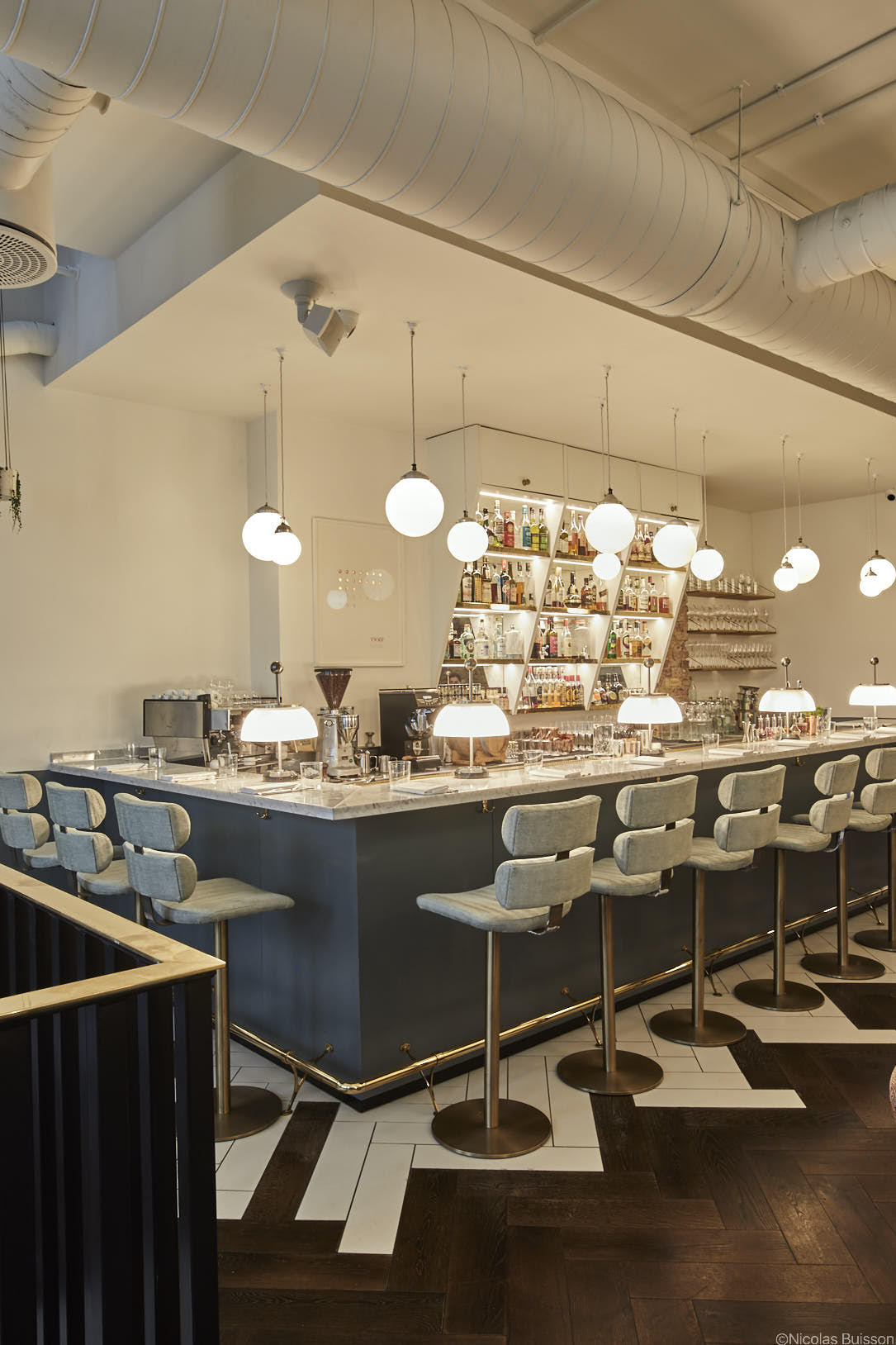 See here to find out more or to book your table.