A true National Trust treasure that is at the very top of our wish list to see in Cornwall, Lanhydrock offers a fascinating glimpse into British history and with over 1,000 acres of parkland to enjoy, it’s the perfect place for the whole family to enjoy. 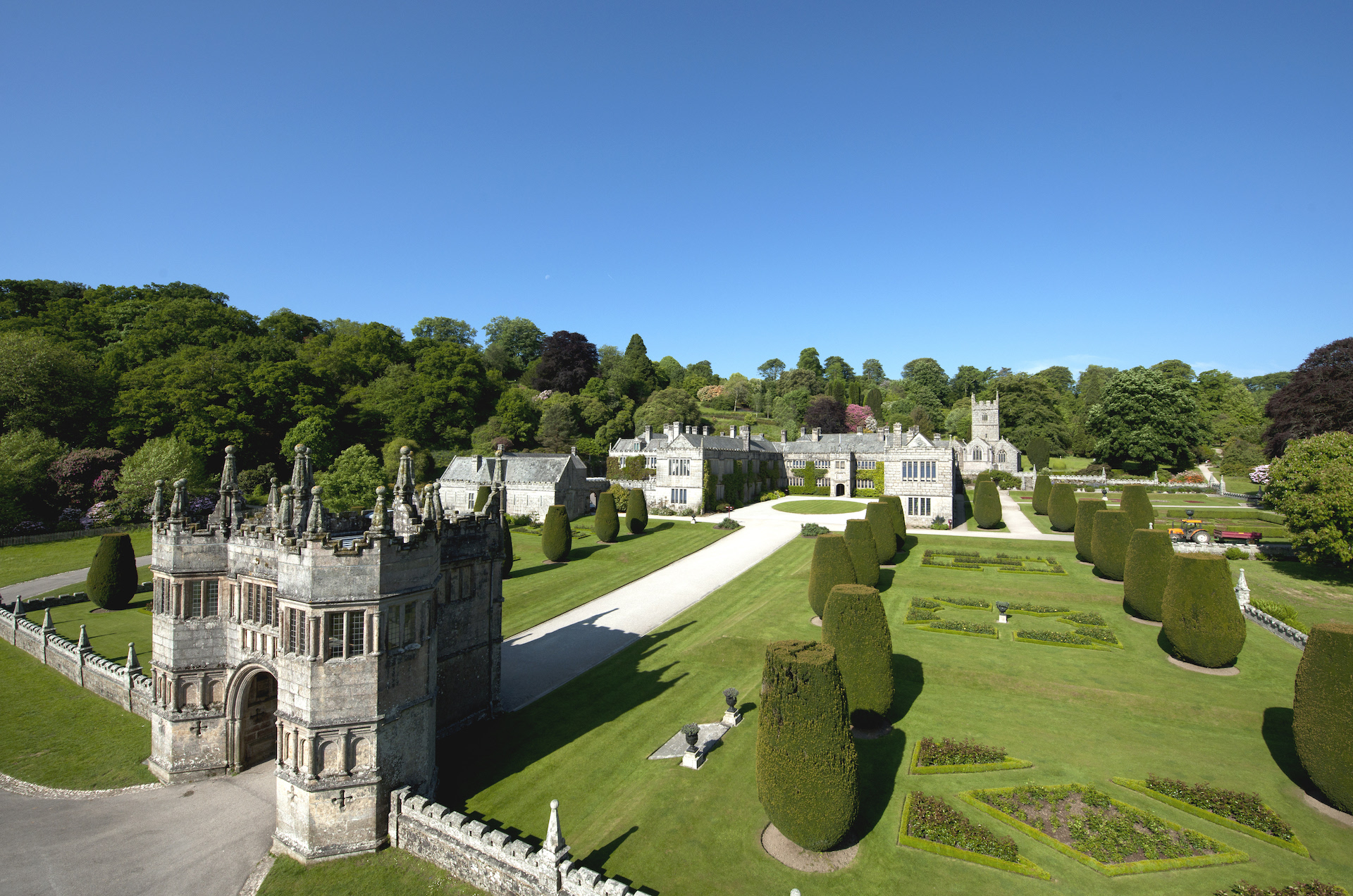 Following the dissolution of monasteries by Henry VIII, the Lanhydrock estate in Cornwall was acquired by Richard Robartes in 1621. Regarded as the ‘wealthiest in the west’ after he inherited a fortune of £300,000 and 40,000 acres from his father in 1614, Robartes began building the house we see today.

After centuries of both loving and neglectful owners, a devastating fire in 1881 and the First World War, the Lanhydrock estate is a time capsule of intriguing history just waiting to be explored. 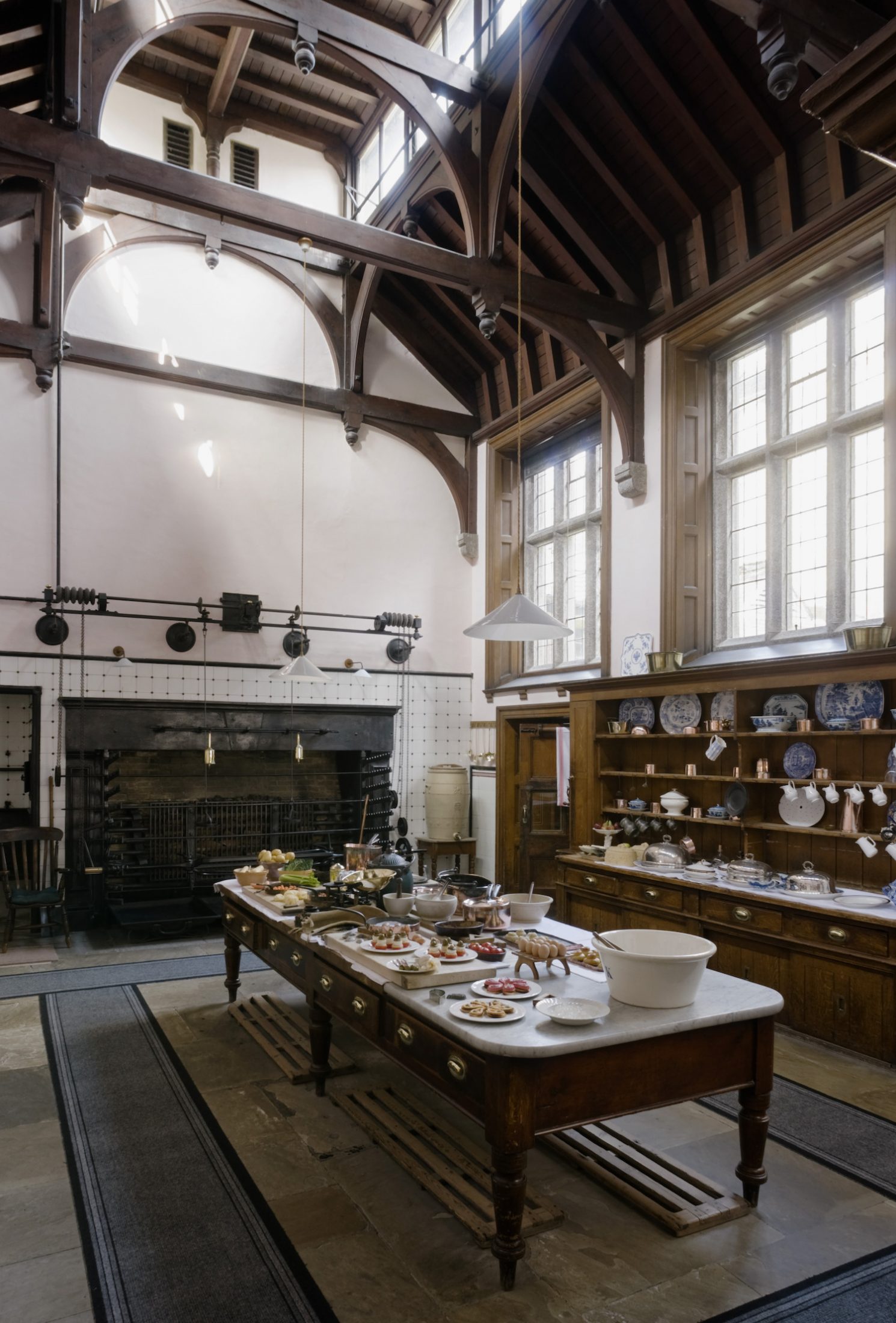 After the fire of 1881 Lanhydrock was refashioned and updated into an unpretentious late-Victorian family home. The kitchen for example, was fitted with state of the art ovens and the kitchen and dining areas had warming drawers and central heating systems installed. Such renovations after the fire gave new life to the house which can be enjoyed today.

The view of the kitchen (pictured above) looks towards the impressive roasting spit. A high gabled roof is supported by great wooden trusses, and the clerestory windows could be opened to allow stale air and smells out and louvres in the peak of the gable also allowed the movement of air. 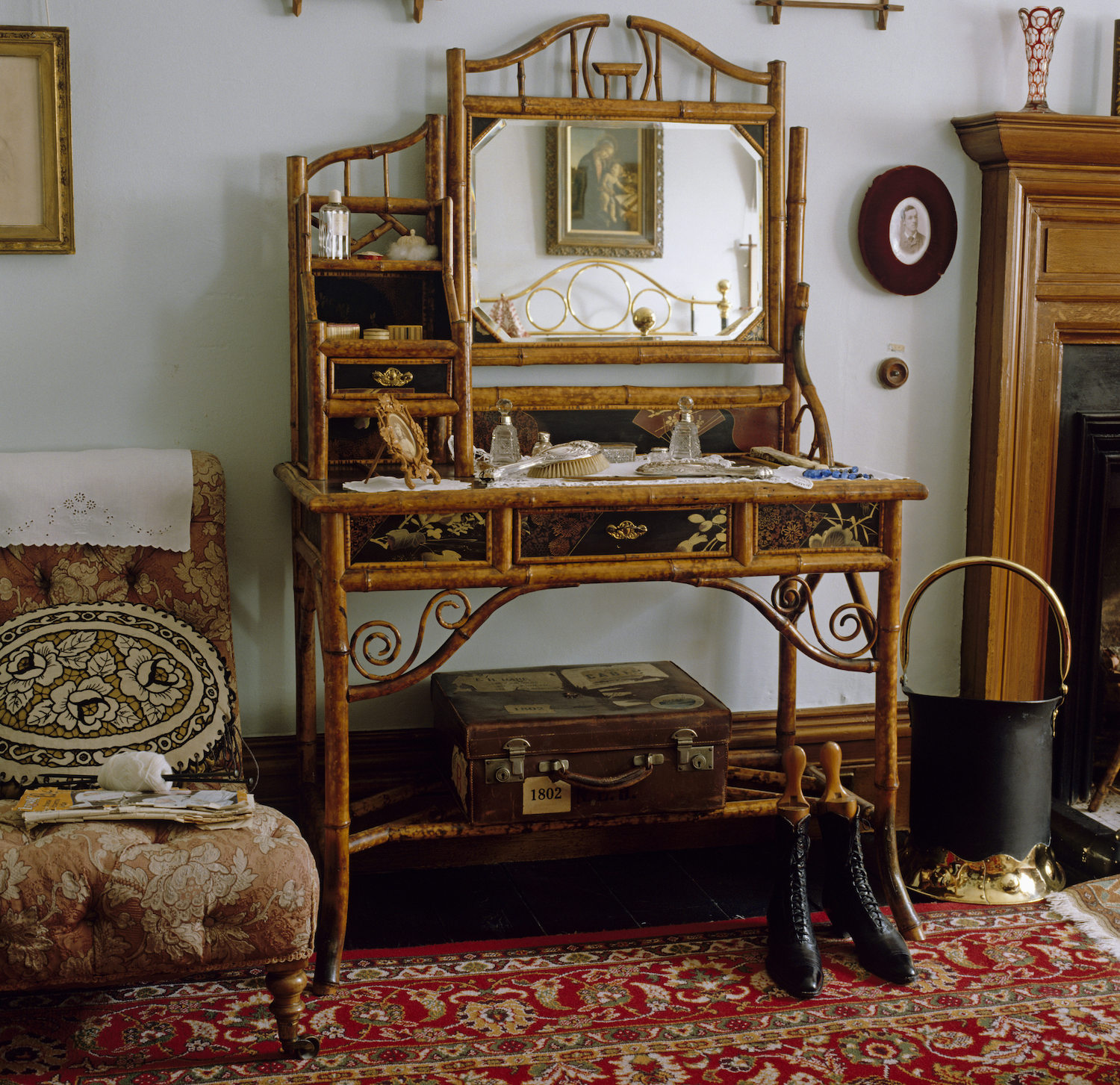 A staggering 50 rooms are waiting to be explored in the house so an early start is absolutely necessary. Find out about the people who not only lived but worked at Victorian Lanhydrock through portraits, letters and possessions. 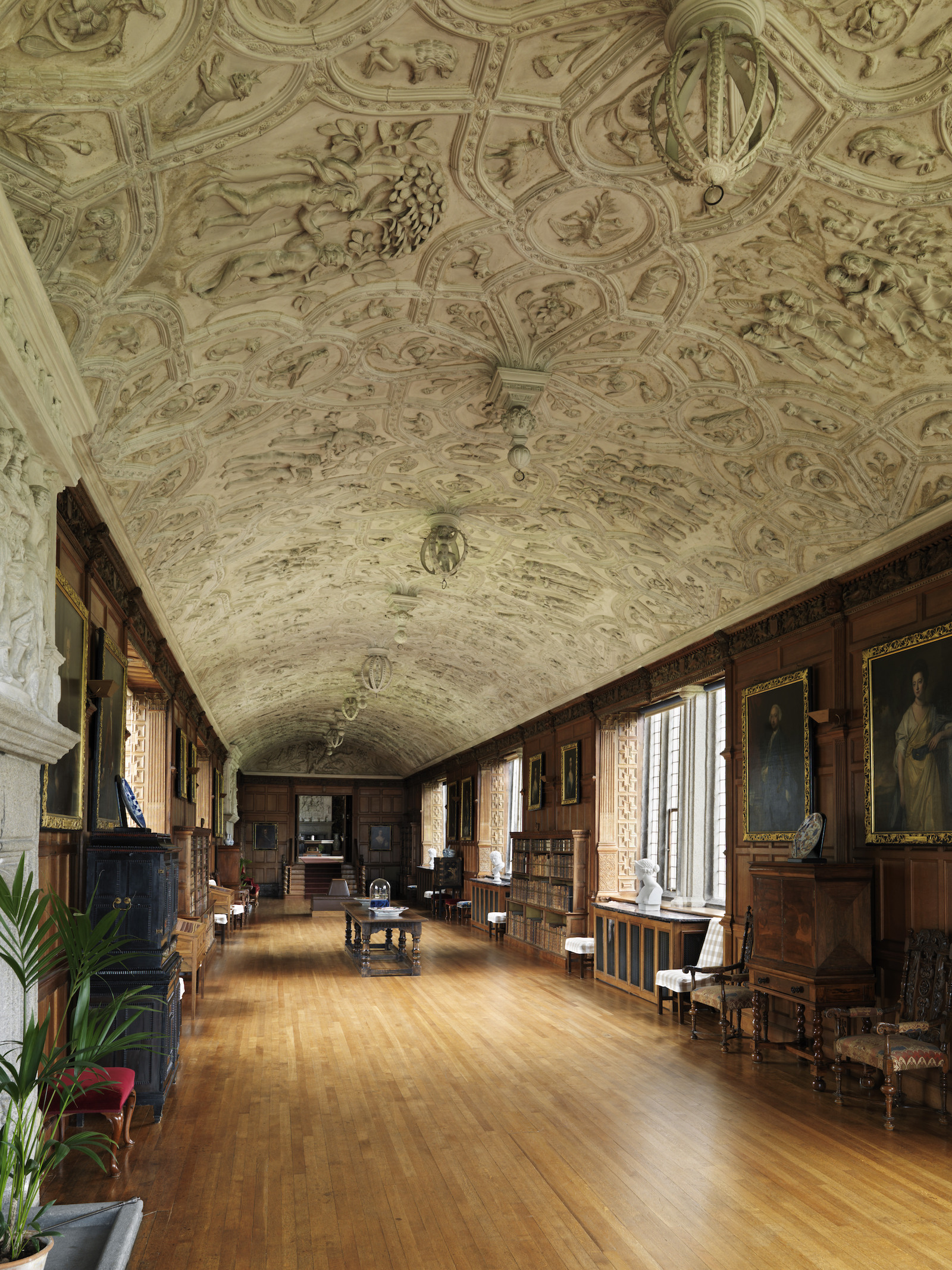 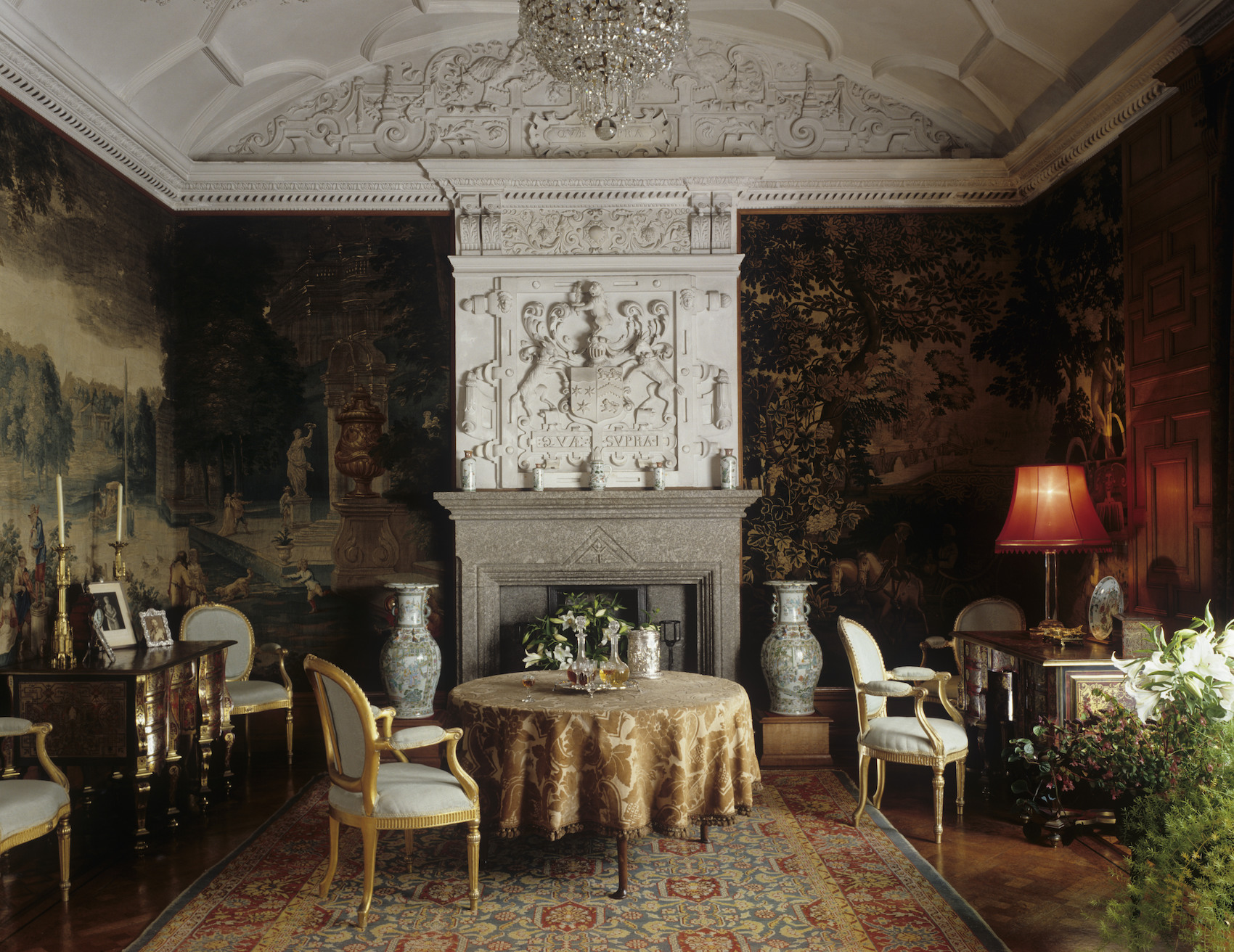 Or discover the exquisite Morning room (pictured above). The overmantel has beautifully intricate plasterwork and is flanked either side by 17th-century tapestries, one English and the other Flemish. Other things not to be missed are the servants quarter and of course the extensive library. Top tip: the library has a book that once belonged to Henry VIII. 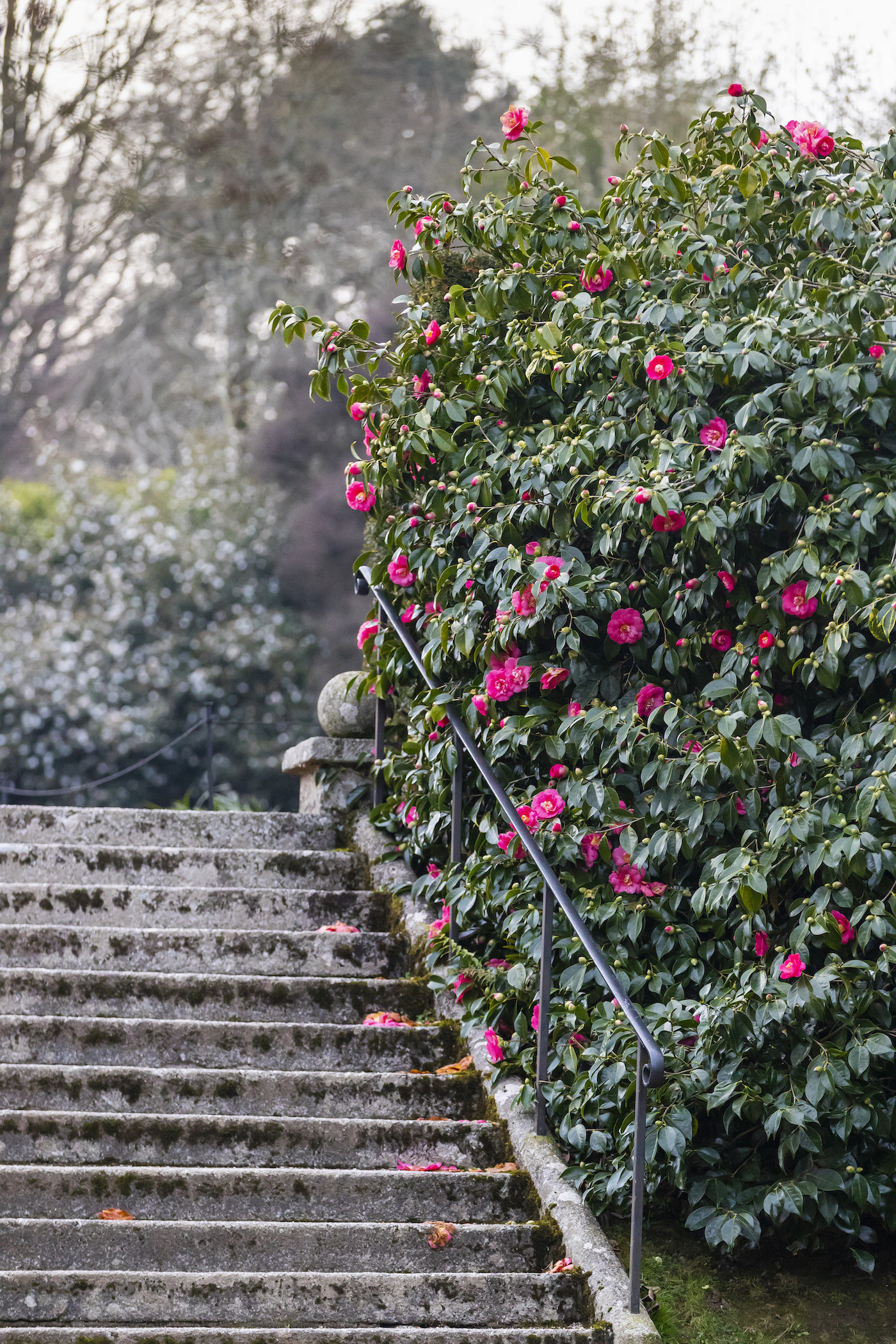 The magnificent Lanhydrock house is set within 1,000 acres of parkland, riverside paths and gardens that feature rare plant life. For green fingered garden lovers the gardens are a real treat. If you catch it at the right time of year, pink camellia blooms creating a mystical scene for a morning walk… 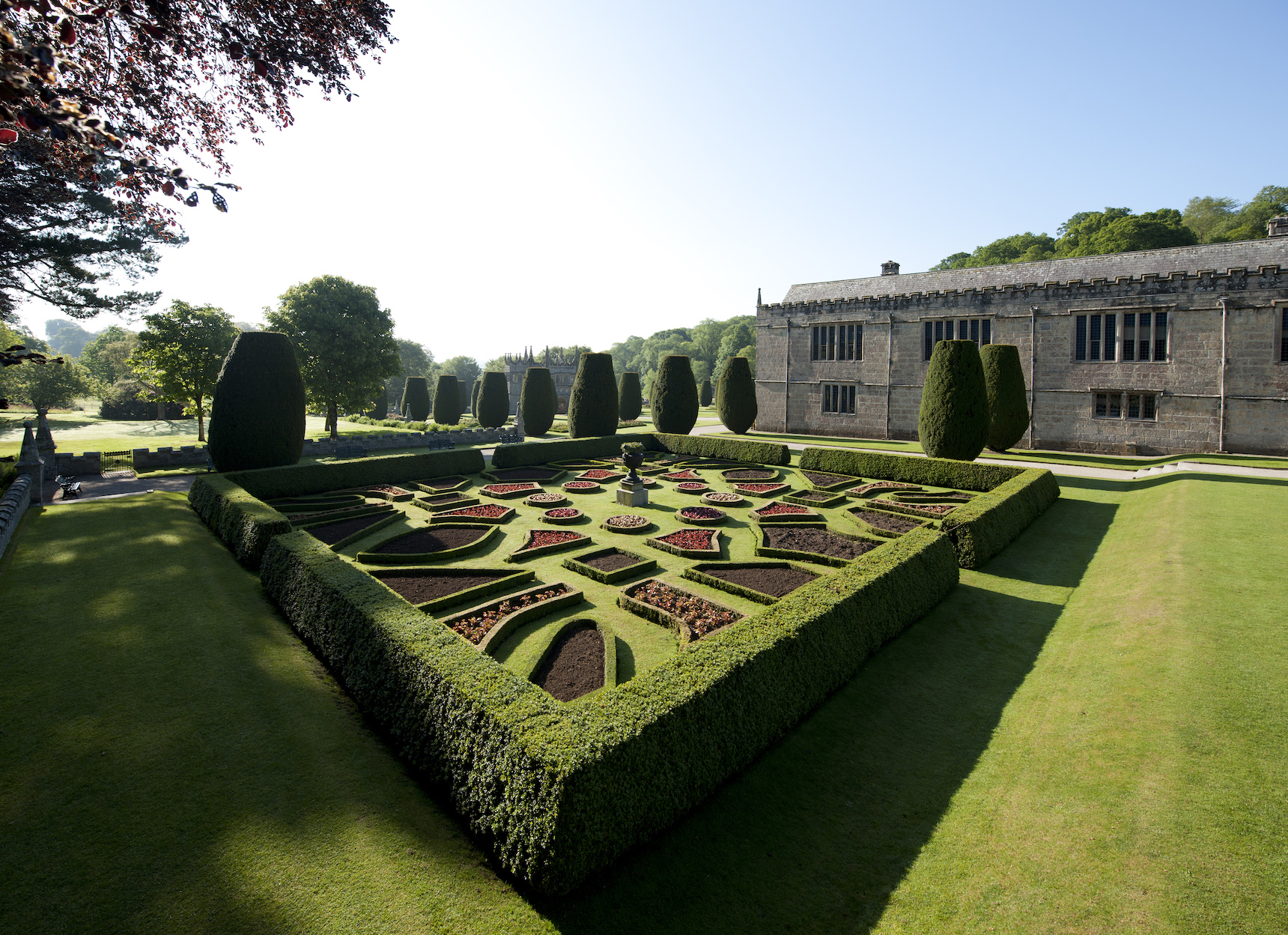 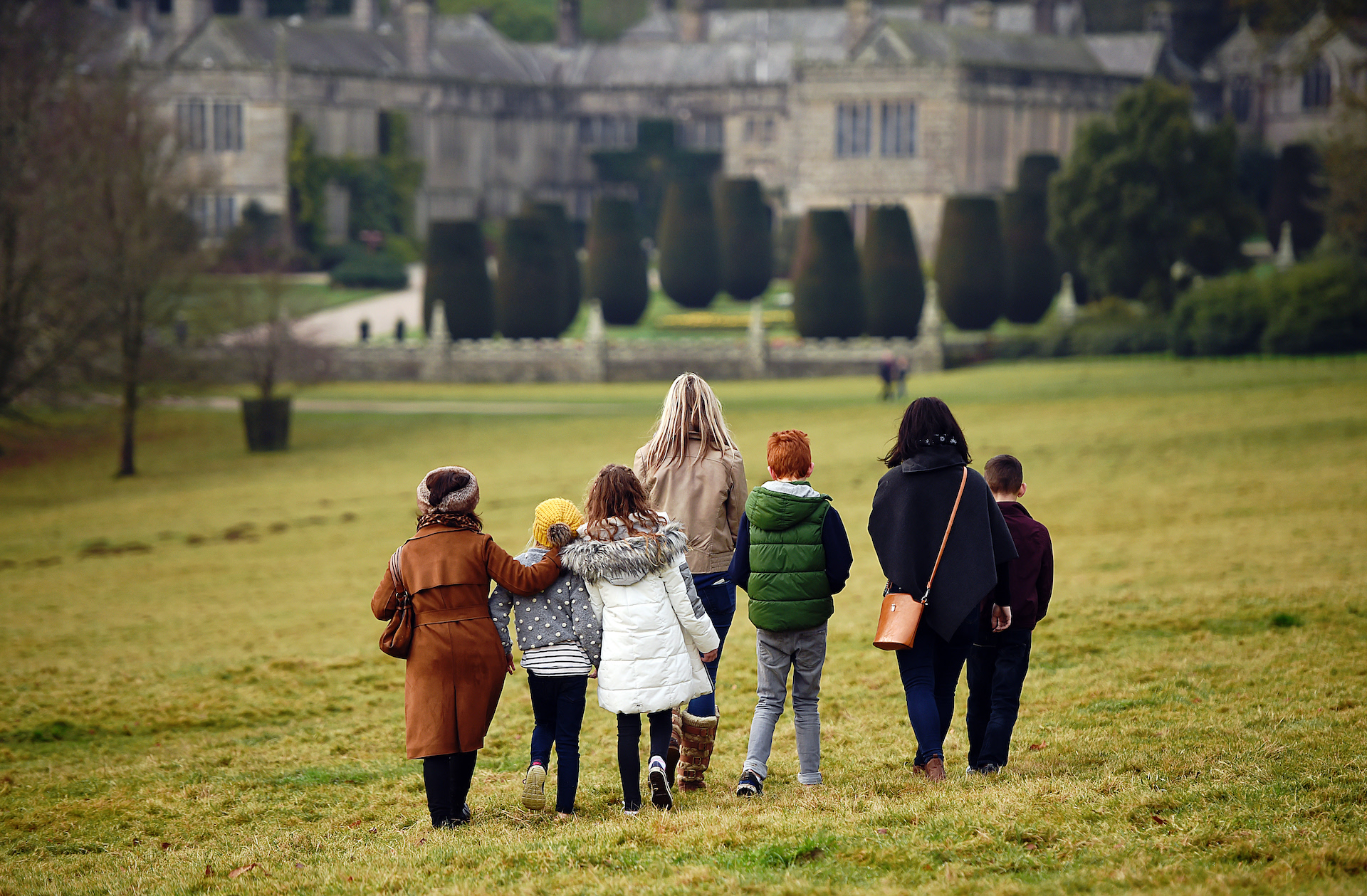 Or for the explorers out there, discover over 1000 acres of parkland with the family (some of which dates back to the 1600s). Much of the woodland estate you see now was laid out in this way in 1857 and it’s the ideal spot for a gentle summer stroll taking in the sights and enjoying the sunshine. 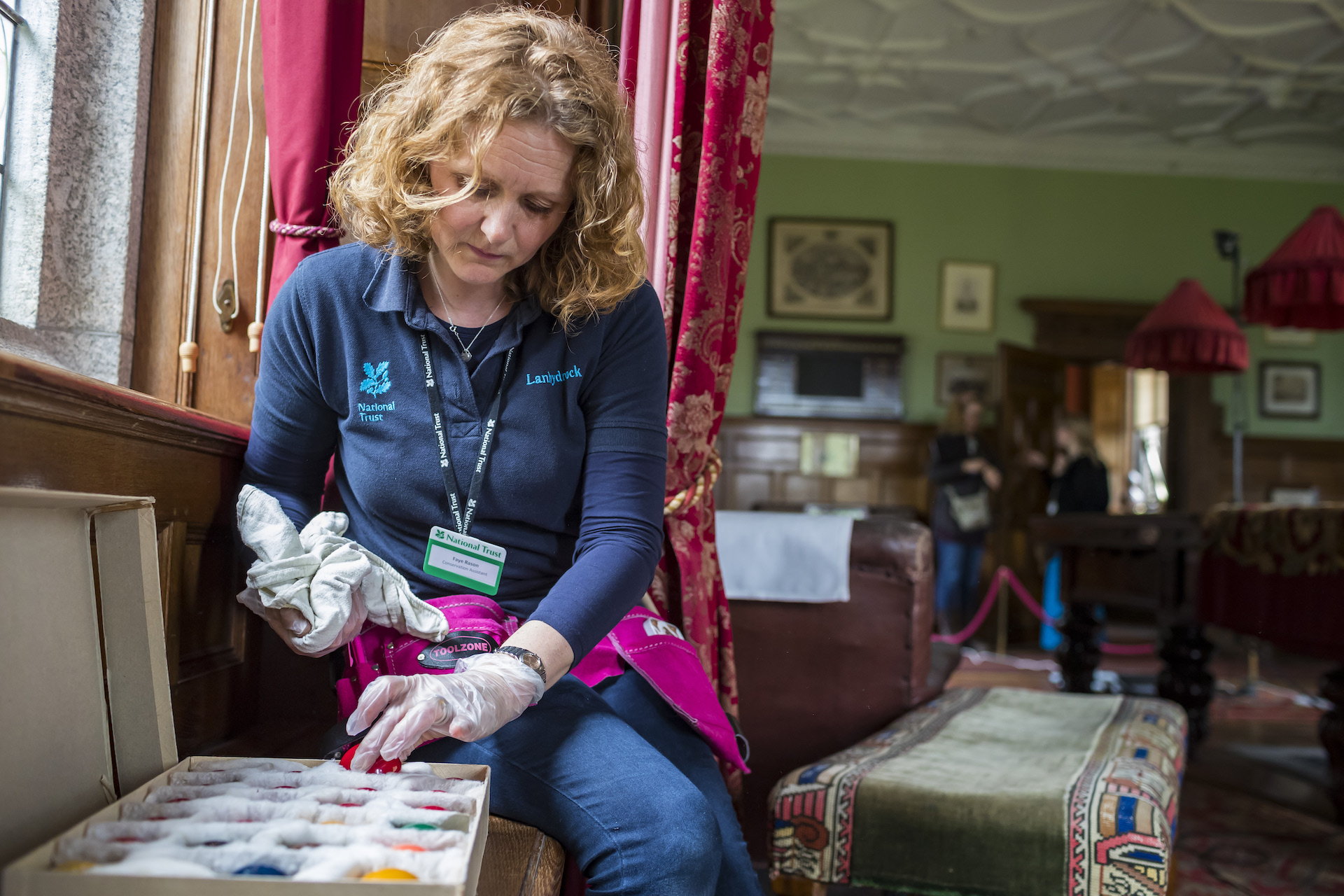 Lanhydrock would not be the magnificent estate it is today without the tireless conservation efforts by the National Trust, who has been key in preserving this time capsule of history. Saving the past for the future, the National Trust’s team of volunteers not only look after the house, grounds and local wildlife, but they are working hard to uncover the history that lies within. Sorting through over 400 years of letters, bills, receipts and other documents means that new light is always being shed on the Robartes family right through to their ancestors, staff and tenants bringing history to life for us to enjoy in the present. 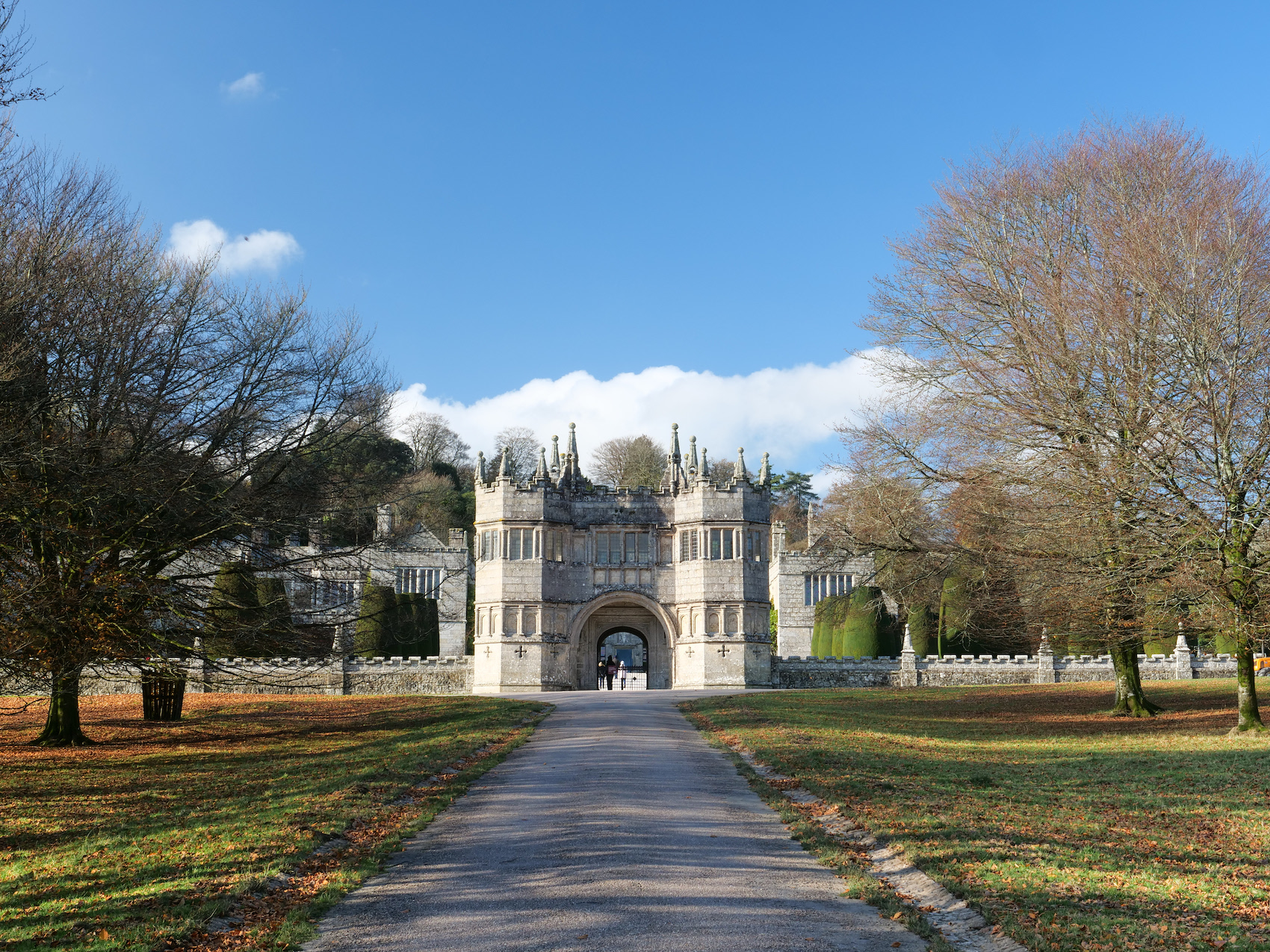 If you are planning a trip to Cornwall we cannot recommend Lanhydrock enough. Don’t just take our word for it though, for more information on the one of a kind house and grounds visit the National trust website here.