We had a huge glut of tomatoes to use up so we chopped them up, mixed with olive oil and some bashed up garlic cloves and left them in the oven at 150C for around 3 hours. The longer you leave them, the more concentrated the flavour. 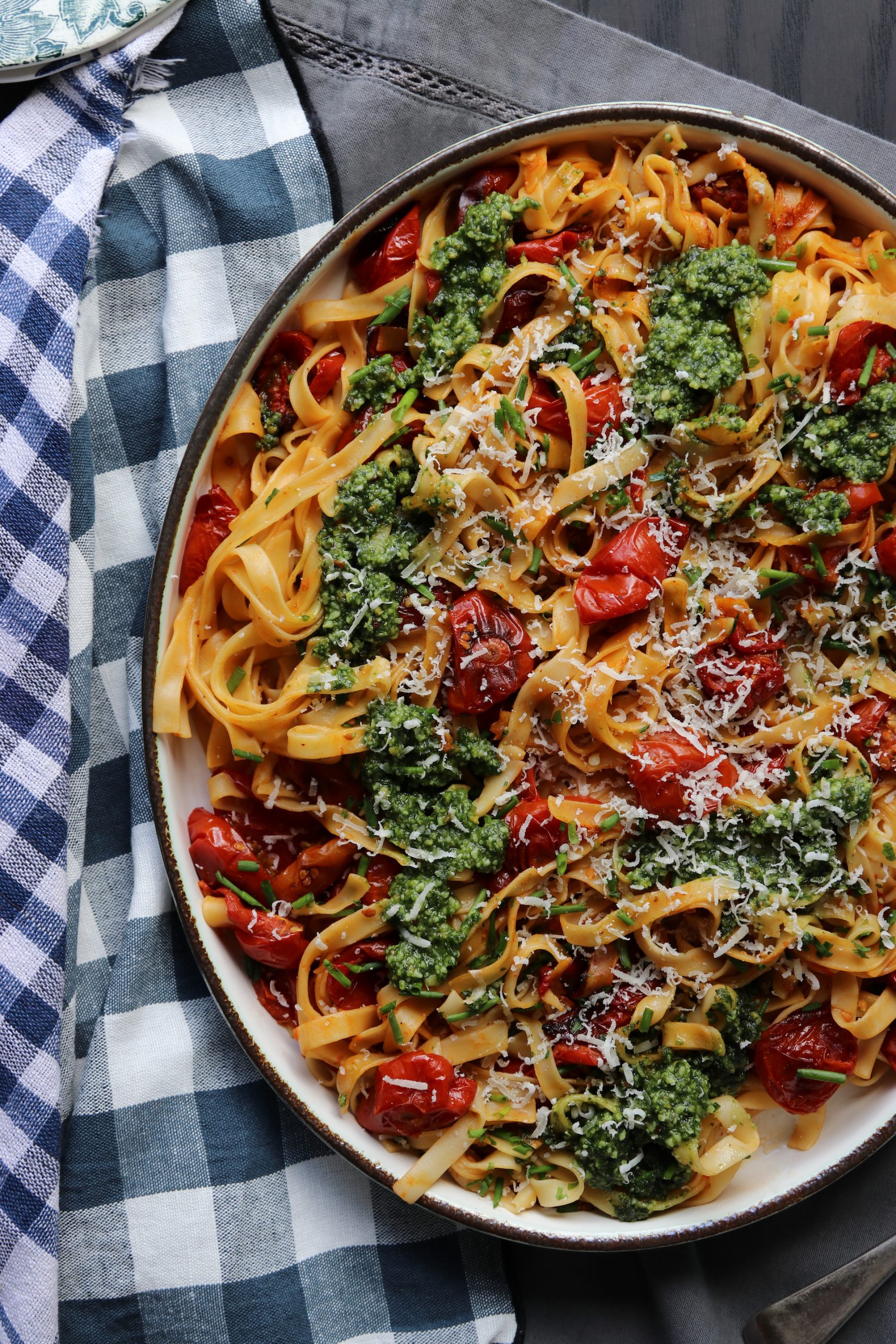 We took a large pan of boiling water and cooked the pasta for around 5 minutes until al dente.

Meanwhile in a large shallow sauce pan, we added some olive oil and diced shallots to soften for a few minutes. Then we added the tomatoes and a ladle of the pasta water and seasoned with salt and pepper. We turned the heat up and the tomatoes which had sort of dried out in the warming drawer plumped up again. Next we added a tbsp of tomato paste and some parmesan.

The next step was to ladle the pasta in to the tomatoes a spoon at the time, always stirring to combine thoroughly. We made the pesto quickly in the mini mixer and dolloped over the plate with the pasta.

A super simple dish using hardly any ingredients but absolutely packed with flavour! 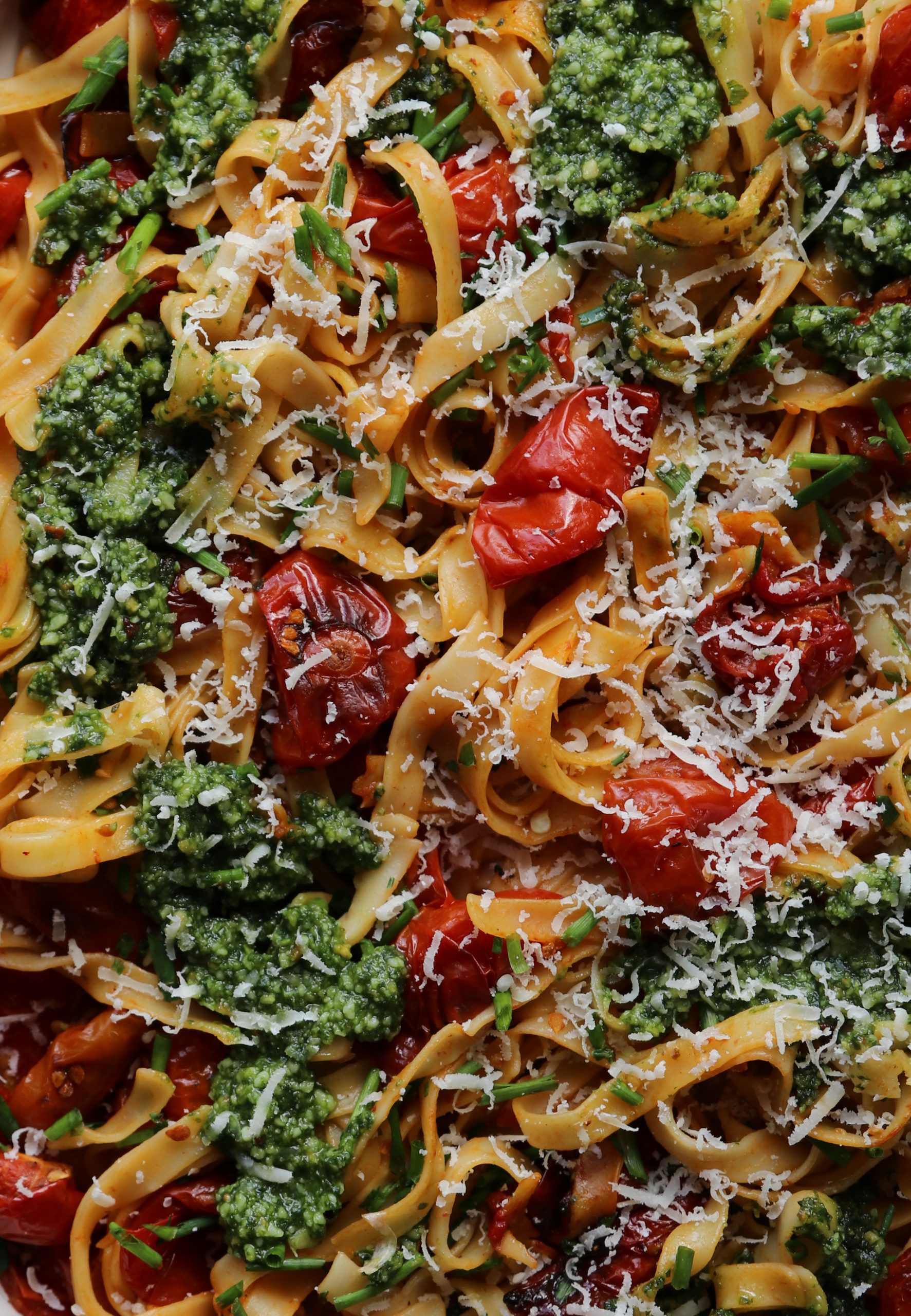